Mirth and Woe: Fields of Brown 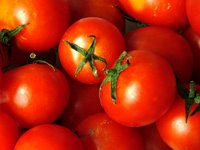 Four ninety-eight... four ninety-nine... five pounds. I squeezed the last drops of petrol into my throbbing beast of a car, paid all the money in my possession to the bored girl in the kiosk, and hit the Bath Road with less than a mile to home.

In the throbbing majesty of a Renault Four, that could take anything up to five minutes, especially with a brimming tank of fuel.

So it was with some dismay that, as I crunched the gearbox at the Twyford roundabout, a tractor should pull out in front of me.

The tractor was hauling a huge cylindrical trailer with the words "Thames Water" on its side, and could only have come from one place - Wargrave Sewage Works, just down the road. What it contained was anybody's guess, but I could be pretty sure it wasn't Eau de Cologne.

It wasn't. Even with the windows shut and the bucket-sized air-vents closed, the whole affair, trundling along at 20mph in front of me, the entire world stunk of shit. Freshly laid turds of the highest standard, with no quality control except for having all the paper picked out by hand.

Still, there was every chance they were going to turn right into the side entrance of the sewage works and dump it back where it belonged.

Still, there was every chance they were going to turn right into the farm entrance and do whatever they do with turds on farms before becoming part of the EEC Poo Mountain and a nourishing part of our food chain.

Then they'd be taking it up our road and spraying raw human shite all over the field behind our house and everything within a 500 yard radius, wouldn't they?

And what a cheek these people had! I had only just finished with that crap, and there they were, spraying it all over our garden fence, the dog and the naked guy next door. That'll teach 'em for being naked nudists with a caravan. The corn field got a right old spattering too, in a manner that some people would pay good money for.

I (or rather, my parents) paid my water rates, which meant good money going to Thames Water to take all my turds away, not expecting to see them again. And here they were, every big job I'd done in the last month, coming straight back at us without even the merest whiff of a rebate.

Shit. That's what it was. Really, really shit.

The whole episode made walking the dog a tad more adventurous, and we couldn't get near Kenny Everett

's house for weeks. Not that we ever wanted to. You could hear the screams for miles. There was precious little rounding up, putting in fields and the bombing of bastards that summer, I can tell you.

Autumn brought a superb tomato crop amongst the corn.

"See those tomatoes?" Naked Nudist Neighbour said from the relative safety of his shed, "They've been up your arse."

Nobody could quite bring themselves to pick any...
Posted by Alistair Coleman at Friday, February 24, 2006