On being the father of a criminal mastermind

On being the father of a criminal mastermind 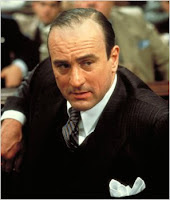 "From now on, Dad," said the boy Scaryduck Junior, "I want you to call me 'Kingpin'."

"What does Kingpin mean?"

So I told him. It turned out that rubbish school bullies had thought that the word "Kingpin" somehow equated to being an insult of some sort. Instead, I have told the boy Scaryduck Junior that people are of the opinion he is the ruthless leader of the Weymouth Grammar School criminal fraternity.

"I need stooges. Stooges and enforcers. Otherwise my stolen IKEA pencil racket's going to be RUBBISH"

"And don't forget the toadies. You'll need toadies to remind you how excellent you are."

"And let's not forget the henchmen. You can't lead an effective criminal fraternity without decent henchmen stealing all the Argos biros. Or women, for that matter."

No women. Kingpin has spoken.

And so we lurch into another Thursday, and the insult to the democratic process that is the selection process for tomorrow's Tale of Mirth and Woe. Each of these four stories contains mirth, woe and out-of-control bodily functions, the like of which never seen since Tolstoy's first draft of War and Peace inna Hedge.

Choose, then, from the following (the value of the literary quote-o vote-os may - as usual - go down as well as up. Your home may be repossessed if you continue to use the airing cupboard as a toilet)

* Launcher: And so, in fear for her life, Scheherazade sat down by the King and started the first of her one thousand and one Tales of Arabian Nights. "Dear Fiesta, You won't believe the amazing thing that happened to me the other day. I'm a busty divorcee, and I never thought I had a chance..." - Trad

* Paintball: "It's a fair cop guv, but society's to blame", said Raskolnikov with a tinge of skunk still on his breath and his mini-skirted slapper of a girlfriend screaming abuse from inside the Black Maria, "I'll be out in a week - you mark my words, an' I'll be shaggin' your Mrs while you're at work" - Fyodor Dostoevsky, Crime and Punishment (complete and unabridged unpublished draft)

* Electricity: "Elementary my dear Watson. Smithers had the Colonel's Two Piece Meal with fries. Toller scoffed the Bargain Bucket with coleslaw, while Burton had a Zinger Meal. Moriarty was the only one to have the Mini Cobs. He's your man" - Sir Arthur Conan Doyle, Sherlock Holmes and the Mystery of the Corn-Laden Turd

Go on then - vote-me-up, or I'll set Kingpin onto you.
Posted by Alistair Coleman at Thursday, October 25, 2007