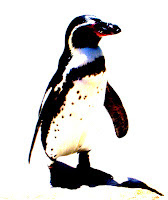 Global Warming: Either the greatest threat facing mankind at the start of the 21st Century, or a load of pseudo-scientific turds.

You cannot deny that the evidence for global warming is all around us and that climate change is a reality. The jury, influenced as it is by big business determined to put short term profit before long term safety, on man's part in this process is still out.

Global warming could be the work of an evil Space Hitler for all I care.

While the argument rages as to whether mankind has played a part in the receding of the icecaps and extremes of weather; or if this is merely our planet going through its regular cycle of warming and cooling, we can all play our part in at least slowing down the process.

And it was last Thursday night, sitting in a meeting at a freezing church hall in Calcot that I suddenly realised how this can be achieved.

I have, in my time, sat in any number of freezing church halls. Scouts, cadet forces, first aid courses, village committees, you name it, I've got the frostbite to prove it.

And it occurred to me last Thursday night, shivering along with my fellow committee members that even though it was reasonably warm outside, the temperature within the hall itself was several degrees below freezing.

And this, I realised, was the case for every single church hall I have sat inside in all my 41 years. High summer outside, while we huddle round burning trestle tables inside.

So: my solution for global warming is a simple one. Forget recycling, driving less, and nuking all those polluting Chinese and Indian chemical factories off the map. Think out of the box.

The cynical may think we are doing nothing but forcing Christianity on a bunch of godless penguins and polar bears, but as soon as we open the windows of St Cuthberts on the Larsen Ice Shelf, the blast of cold air coming from within will lower temperatures by at least twenty degrees and freeze the place solid.

By scheduling regular first aid courses, scout groups and WI meetings in these places, I am certain that we can slow the process of global warming within five years.

Furthermore, I am certain that by utilising the same "Frigid Moo" technology that Debbie Lucas (who wouldn't have sex with me) employs in her choice of underwear, scientists can direct the icy blast from her nadge to where it is most needed, thus accelerating the process immeasurably.

The World: It is saved.


FTW: Hobotopia = Genius. That is all.
Posted by Alistair Coleman at Thursday, October 11, 2007

Email ThisBlogThis!Share to TwitterShare to FacebookShare to Pinterest
Labels: global warming, I am not mad, Not having sex with a girl called Debbie