On the mathematics of Coleman's Shopping Paradox

On the mathematics of Coleman's Shopping Paradox 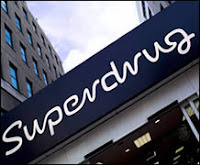 A couple of weeks ago, I published my Ph.D thesis on the socio-sexual impact of male-female gender issues in the retail environment.

After an unnecessarily prolonged research mission waiting outside Superdrug last weekend, my lab assistant Scaryduck Junior and I have now devised a mathematical formula to work out exactly how long any party of women - or men - will be inside any given shop.

And it is this:

t = sw2
Where t=time, w = the number of women in the party and s = the universal shopping constant as theorised by Newton, and proven in Einstein's General Retail Theorum of 1923.

Therefore, a party of two women takes four times as long to shop, while a party of 4 women will take 16 times as long. This is explained by the fact that each woman will have to check with each other member of the party for doesmybumlookbiginthisality before making a purchase.

For men, of course, we use the inverse square rule, as no two men would be seen dead shopping together:

In theory, any group men would be in and out of a clothes shop within 20 seconds. Unfortunately, a proof for this second equation is almost impossible to ascertain, as it is deemed socially unacceptable for more than two men to be seen together in any clothes shop, unless they are particularly bummy.

We are pleased to note that this formula holds up well in the field. Forced to wait an inordinately long time for Mrs Duck and Scaryduckling to emerge from Superdrug, my assistant and I ventured inside to investigate where our theory was failing.

We were, in turns, both delighted and annoyed to find that the all-female shopping party had grown - with the introduction of a friend - to three women, thus proving why the ticket on the pay-and-display car park had just run out.