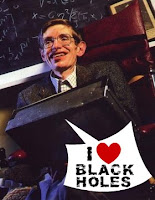 Together at last: SCIENCE, FACTS and writing things in CAPITAL LETTERS.

All of these facts have been peer reviewed by a panel of top scientists and certified EXCELLENT.

10. Amongst the many sub-atomic particles identified by SCIENCE are the quark, the quason, bosoms, cheesecake and Gandalf. This might also explain why a staggering 77% of particle physicists are unmarried.

9. Before gravity was invented by Sir Isaac Newton, everything had to be nailed down, including nails.

8. Creationists argue that the universe was brought into being 6,000 years ago. This is absolutely true, and can be proved by the dated copyright warning found on a recent Tyrannosaurus Rex fossil found in Pigdick, Arkansas

7. SCIENCE tells us that toast always lands butter side down, while cats always land on their feet. Superglue a kitten to a slice of freshly-buttered toast and voila - the Holy Grail that is perpetual motion

6. We can be rightly proud of humanity's efforts in splitting the atom to provide unlimited power and firey nuclear destruction. The trick comes, in these days of limited resources, from sweeping up all the broken bits of atom and gluing them back together for next time

5. Following a bizarre spacehopper accident, Seamus O'Flaherty of Bethnal Green, London became the first recipient of a pair of buttocks grafted on from a recently deceased donor in a procedure known as a "Fart Transplant"

4. The cast of cult cop drama CSI use SCIENCE to help them solve crimes. For example, they were able to solve a complex murder investigation by forensically examining the inks on a business card found at a crime scene bearing the words "Mad Frank McMad (Murders done cheap) Email: murdersdonecheap@murders.com"

3. Excellent practitioner of SCIENCE Professor Stephen Hawking is on the verge of publishing his greatest thesis: "A study of sitting around doing bugger all for thirty years for shits and giggles"

1: In order to save the world from the perils of Global Warming, NASA is to launch a manned mission to the sun to install a lower wattage bulb. Citizens are urged to do their bit by leaving their fridge doors open once a week.

Bonus FACT: Entering the words "search engine" on any internet search engine will cause a catastrophic infinite search loop, creating a massive cross-server overload which will eventually crash the entire internet. It’s a known bug which was foxed boffins at Google and Microsoft for years.

Bonus bonus FACT: Think twice before talking dirty to your wife/girlfriend/mistress on your mobile phone! In order to maximise profits, all calls are routed through your local prison, where the inmates are employed to operate the system as cheap labour. This is why they are known as "cell" phones.
Posted by Alistair Coleman at Thursday, August 20, 2009