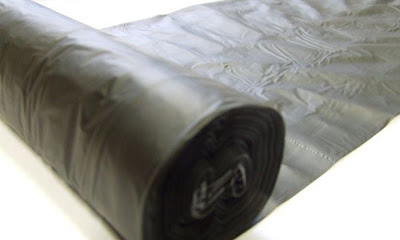 So, we ask ourselves, are Value Brand Dog Poo Bags (39p for about a million) worth the money?

Armed with a handful, I took my canine assistant Charlie "Medium Beans" O'Hanrahan up the woods to find out.

Structurally, they were a shambles and structural integrity was lost at an early stage, resulting in a thumb ending up in the target faeces. There were witnesses. The resulting mess demanded that this operation now became a double-bagger, and the extra time pulling another Value Brand Dog Poo Bag (39p for about a million) off the roll resulted in an unimpressed Charlie pissing in my trainer.

Strength-wise, not so good. Brushing against some brambles later in the walkie led to both bags splitting open and spilling green turds own the leg of my fourth best jeans. Once again, there were witnesses, and it was an unprecedented triple-bagger that made it to the bin on the way home.

Would buy again.
Posted by Alistair Coleman at Thursday, January 31, 2013

Tesco or Asda small food / freezer bags. Cheap - 75 or 100 on the roll for about 80p - tough, and big enough for a greyhound dump. There's nothing like wrapping your plastic encased fingers around a warm deposit of a winter's morning.

Why did you need to take your trainer off?

So you'd recommend them then?