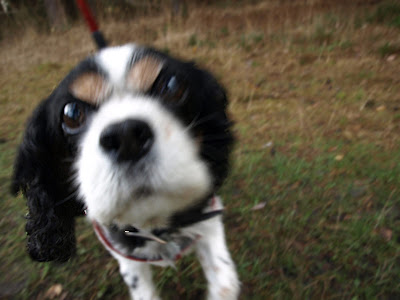 Sad to report that our most excellent dog, Charlie "Beanso" Beans died yesterday at the age of 13. It happened so very quickly: He was off his food, but a visit to the vet revealed a large inoperable tumour which would have killed him within days, so it was best to have him put to sleep on the operating table. Such, dear friends, is the fragility of life.

Jane and I only had him for four months, and we're devastated. For the first time in years, we are without dog. Snowy died just two months ago and the place just seems so empty. 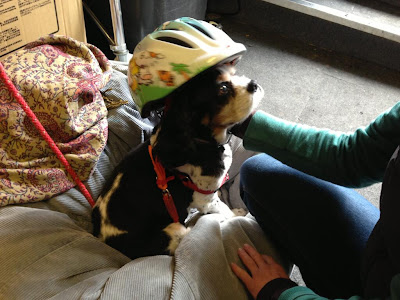 In his short time with us, Beanso went on all sort of adventures, including a trip down to Exeter by train (and a subsequent appearance on the Dogs On Trains Tumblr), a ride in a canoe, a weekend working in a bike shop (above) and a memorable Christmas holiday. He was - quite simply - the best dog I've ever had, and the happiness we got from him was immense.

Our love for him was repaid in utter disloyalty, as demonstrated by his attempts to follow other people home from his walks, or to jump into the back of any car that had a door left open. But he was still the best dog ever, and I will fight a duel with any man who says otherwise.

And this song was playing in the background when the vet broke us the awful news. It seems dreadfully appropriate, but has wrecked Stand By Me forever.


Goodbye Beanso, we shall miss you always. 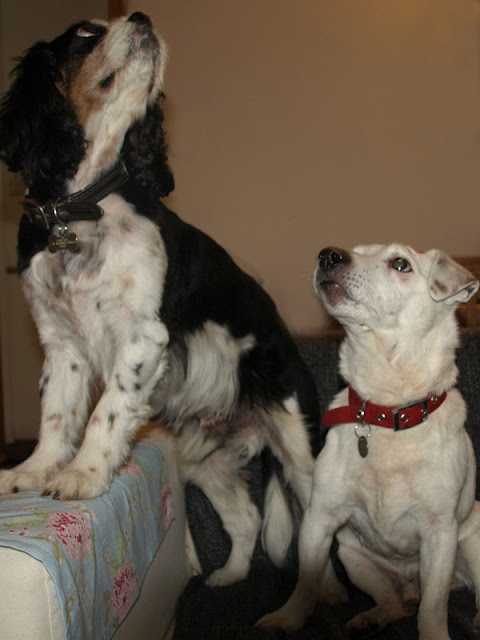 As usual, thanks to dogs charity Oldies Club for giving us the opportunity to adopt Beanso in the first place.
Posted by Alistair Coleman at Thursday, March 21, 2013

So sorry to read about Beanso. We feel for you and the family. Just so terribly sad.
Best wishes Molly

That's a bugger. To spout a cliche, time heals. Just think he had a great time with you and he didn't suffer at the end.

A sad tale and touching tribute indeed, Scary, and you have my deepest sympathy.

BUT - I'm afraid that Beanso could not be the best dog ever. My own little pal, also called Snowy due to his extreme whiteness (I wanted to call him Sooty, but was overruled), shuffled off his mortal coil in '06 and was, indisputably The Best Dog Ever, for reasons I can not reveal here due to lack of space.

So, it is with a heavy heart that I say to you: "Choose your weapon."

Condolences, to you and Jane.

A sad loss. My condolences.

It's always a bugger losing a pet - you and yours have my deepest sympathy. RIP Beanso.

So sorry your dog died. Our little fellow turned 11 the same week. After reading what you have put down I am even more aware we are now OFFICIALLY in the bonus years.