New people at the Murder House 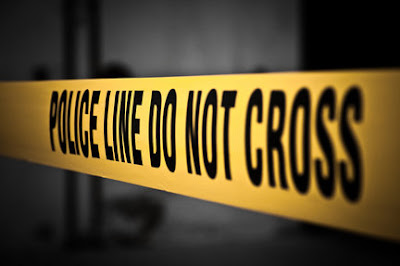 A flurry of activity at the house on the corner. Lights on, a car on the driveway, and shadowy figures moving about inside. It is clear: New people at the Murder House.

At least, WE call it the Murder House.

It has lain empty for as long as I've lived in Fleet - one of the most desirable addresses in the country according to the Halifax - and therefore there must be something terribly wrong with the place if the estate agents had been unable to shift it.

Some might say it was simply because it was hideously overpriced in a stagnant housing market. Obviously, they are incorrect, for there can only be one explanation: Curse-d by cold-blooded murder.

Time to introduce myself to the new neighbours, then.


"Hi! I see you've just moved in. I expect the estate agent told you about the place."

"Ah. Right. Err... nothing. But I suppose they re-decorated and everything since. Must have taken ages to get the stains out. Not to mention the stench."

"I have no idea what you're talking about."

"And at least the Old Bill dug over the garden for you. Bet that came as a bit of a bonus."

"What the Devil are you saying?"

"Yes, I understand they were Satanists. Nasty business all round - you'll be getting a priest in, just in case? Very brave of you to buy the place. We'll be thinking of you next full moon."

It was at that point things got a bit surreal. Eyes glowed yellow, tongues were forked and a voice hissed "GET OUT" inside my head. I made my excuses and left.

I used to live in the house where this:

happened. Natch we didn't find out until after we'd moved out, but it did explain the area of unvarnished parquet flooring at the foot of the stairs.

You'll be sorry if someone buys the house and turns it into a tourist attraction.