Two of my favourite songwriters have new albums out this month, so I thought I would post a couple of highly unbiased reviews based on my purchases. First up: 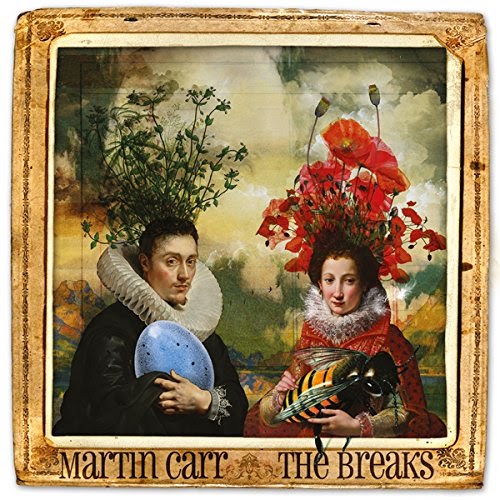 There's barely a breakfast show on the planet that doesn't play "Wake up, Boo", and as pension plans go, that's not a bad one to have. But former Boo Radley Martin Carr is much more than that one runaway success, and The Breaks show he's still got it as a writer and a performer.

You can still hear the Boo influence throughout this album - the massive production and the gorgeous tunes, mixed with more reflective numbers about the world we live in and life in general. The opener "The Santa Fe Skyway" shows Carr wearing his musical influences on his sleeve, followed up by a bouncy little number about the pros and cons of a religious education. And who can resist an album with this rhyming couplet?

"Jesus loves you," Sister Mary said
As she banged out the rhythm on the back of my head

A recurring theme seems to be Carr's withdrawal from the world of pop to a "normal" family life with all the usual responsibilities - kids to school, having no money - but he writes and performs so effortlessly, it's as if he's never been away.

A special mention at this point should go to Senseless Apprentice, a direct message to Katie Hopkins, who I am certain will love the attention.

Sounding much like the Boo's final, quite wonderful, and criminally ignored album Kingsize, there are still traces of the experimental noise that was their trademark, but not quite allowed to come to the front of the production. The result is a fine example of the songwriter's art, and we need more of this kind of thing.


You hear me, Carr? More of this kind of thing.