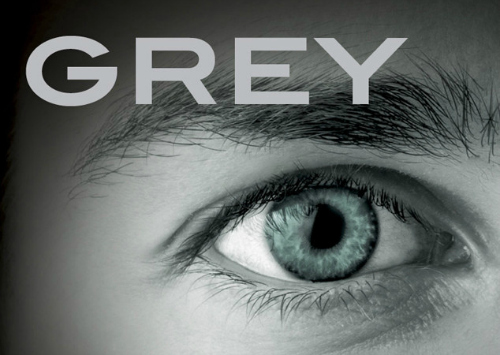 It's completely obvious, with the release of 'Grey', that EL James is determined to kick the arse out of the Fifty Shades franchise while there is still arse to be kicked. And, to be honest, I don't blame her in the slightest. Already she's told the story from the point of view of the hapless heroine, and know she's told it from Christian Grey's perspective. What else is left?

I'm an utter book snob, so I wouldn't touch Fifty Shades with the shitty stick that's just been pulled out of Mr Grey, but it's clear there are other perspectives this entire tawdry tale can be re-told. He's a billionaire playboy. He's going to have a butler or a gentleman's gentleman, and Alfred is going to have seen everything. And he's got a tale to tell, meticulously recorded and locked in a safety deposit box in case the police come calling.

"The young master has another new young lady around tonight, this one seems quite nice. Banging away like rabbits in the secret room, so I get the night off."

"He's telling her he's got unconventional tastes, and he's showed her the dungeon. She can only see the pound signs, like the rest of them. Poor thing."

"Made breakfast for Miss Anastasia. I do hope she doesn't go the same way as Miss Marina. And Miss Julia. Not to mention Miss Angelica. I think I know every pig farm in the south of England now, and quite a number of the better ones in East Anglia. Bodies are easy to get rid of if you've unlimited budget and a private garage. We've made a lot of agricultural folk very well off."

"Mr Grey seems to think that his little trysts are just between him and his young ladies, but he seems to have forgotten the thirty-seven state-of-the-art closed-circuit cameras he had installed around the penthouse, the garage, the Bat Cave, and The Other Room. I've learned so, so much under his employ. Alas, the skills are non-transferable to a man of my age."

"Also, it is the same system of thirty-seven cameras that recorded what happened to the last Mrs Alfred. She shouldn't have come storming round complaining about my choice of employer, the hours I keep, and the secrets I know. Not while I was wrapping poor, adventure-seeking Miss Susan up in the ground sheet like a flopping red side of beef, making me do something that I came to regret upon the life of Mrs Alfred. Now Mr Grey knows my secret, and that keeps me from disclosing the secrets I know about him. If we burn, we burn together."

"Of course, he wasn't always Christian Grey. When I first came under his employ, he was Mr Bateman, fleeing from something improbable and gruesome in New York involving a chainsaw and a Phil Collins box set. Everybody in London seems to know his past, and he knows this is not an exit."

"He has asked me to procure new business cards. They're wonderfully expensive, but I've seen better."

"The bell rings. I go upstairs to the secret room. Mr Grey is having a danger wank, and wants me to release the rope at the appropriate moment. I don't want to let go of the rope, but the thought of seeking new paid employ in this city fills me with dread. I may disapprove of Mr Grey's methods, but at least he's not nouveau riche."

"When I look back on my life in my autumn years, I'll think of my years working for Mr Grey, and I'll think this: 'I saw people doing it'."

I can't believe this has no comments yet. So let me say - it's ace!

I agree. (all the comments were made on twitter, I think)