To the New Forest Safari Park, a cavalcade of signs in Comic Sans (The Font of Champions), but we are immediately grabbed by this sign: 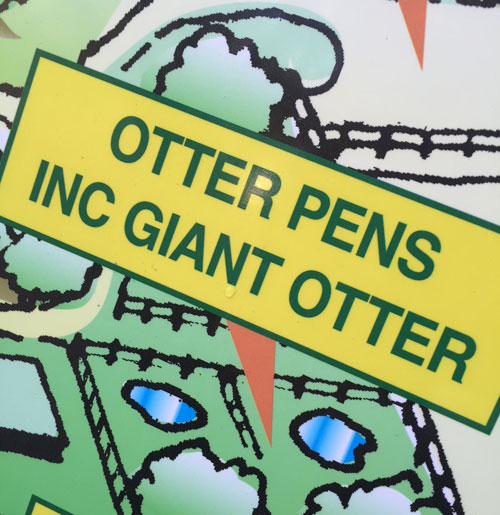 NO THAT DOES NOT SAY OTTER PENIS.

However, there is a promise of GIANT OTTER and where do I pay my money to see the giant otter, please just take my money. 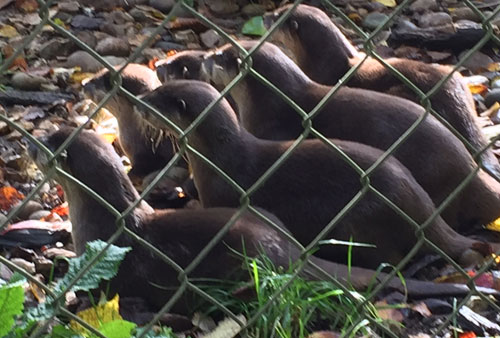 We believe her not. 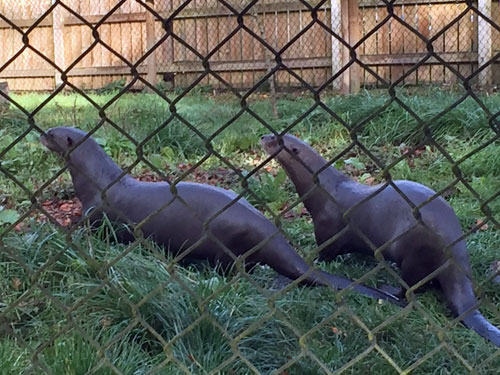 They are here, and they are frankly massive and not half a dozen normal-sized otters in a zip-up giant otter suits. Jurassic otter. Just don't let them see you. 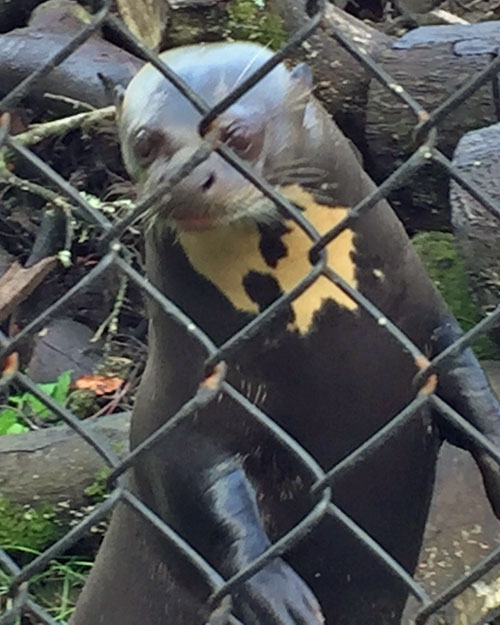 And in case you think they're the result of a cruel medical experiment by some sort of mad scientist trying to unleash genetically designed killer otters on an unsuspecting world, here's all the evidence you need: 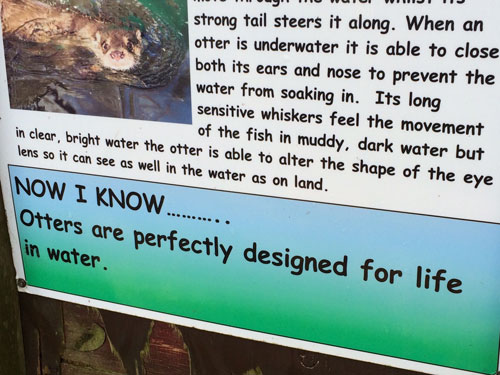 And it's not just concrete, bulletproof Jurassic otters eating your face off. It's the bunnies too. 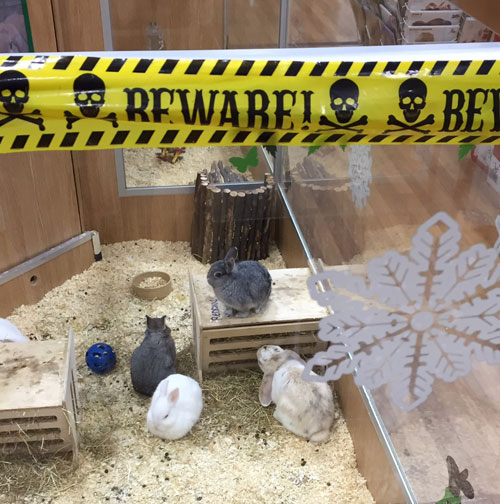 Watch out. They're bastards.
Posted by Alistair Coleman at Sunday, October 25, 2015

Email ThisBlogThis!Share to TwitterShare to FacebookShare to Pinterest
Labels: otters

Is that the old Owl and Otter Sanctuary?

My wife ordered Tarka Dhal as a side dish the other night. I was 'oping for something otter.

Beware the Beast of Caerbannog. It has a vicious streak a mile wide.

Kaptain K: I believe they gave it a more wildlifey name to pull in the crowds.