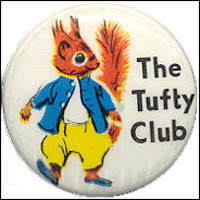 God, I hate running over things in the car.

There's nothing worse than that stomach-churning feeling as the suicide bunny disappears under your front nearside with a sickening crunch, and you look in your rear-view to see a rapidly retreating red smear.

OK, I'll grant you there are much worse feelings, possibly involving the same fate bestowed on the passengers of a pensioners' charabanc to the seaside, but I've never had the pleasure.

Turning in approximately 15,000 miles per year burning up the ozone layer on country roads between Dorset and the Thames Valley, I've seen loads of wildlife on my travels. Unfortunately, most of it is on the extremely flat side and - as far as I can make out - formerly a badger.

I have, on the evidence of roadside carnage I have witnessed down the years, been extremely lucky with regards to sending our furry friends to meet the Grim Squeaker. In fact, the current scorecard reads like this:

The rabbits were both of the suicide variety, lurching out into the middle of the road, and making a concerted last-minute dive for doom; while the fox was a late-night casualty on the A35 Tolpuddle Bypass, getting his just desserts for skiving off his Tufty Club lessons.

Foot to the floor around the stately pile of Charborough House (seat of the superbly titled Plunkett-Ernle-Erle-Drax family) I was confronted by yet another suicide bunny, sitting in the middle of the road, waiting for its inevitable doom.

"Kill me, mister," it said to me, "Life's too hideous to contemplate."

There was no sickening crunch. Emo Rabbit had passed completely under my car and out the other side, where he bounded off into the fields, life restored until the next time he decided to listen to his Nirvana box set.

Which was a shame. If there's one maxim we should all live by, it is this: "You kill it, you eat it".