Four years ago, we held the Olympic Games in London.

We welcomed to world to our country with open arms, and we genuinely feel like we were part of something huge. Something important. Something to make us proud about Britain's place in the world.

Now it's 2016, and look at the state of us. Hateful, selfish, insular, stupid, threatening to throw out the people we called our guests. I'm ashamed.

So, here are some of the photos I took at the time of the Games, the test events, the people and the Good Times. 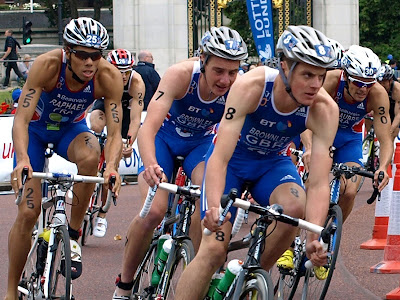 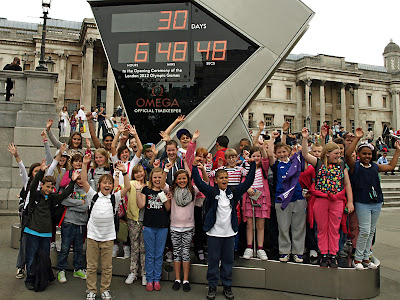 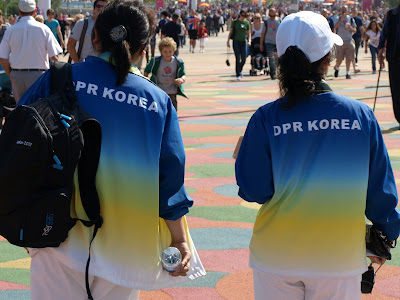 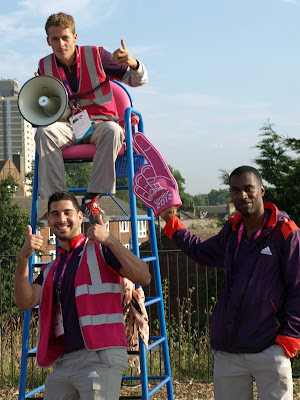 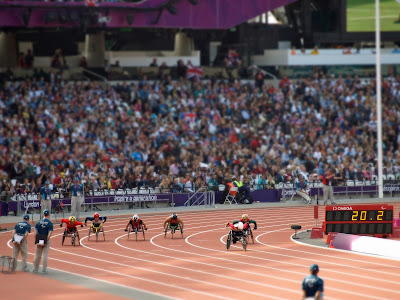 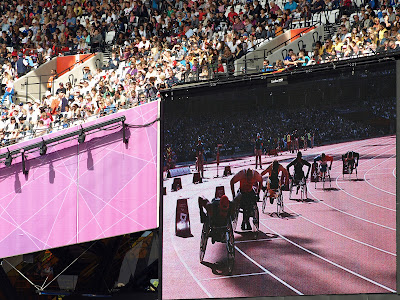 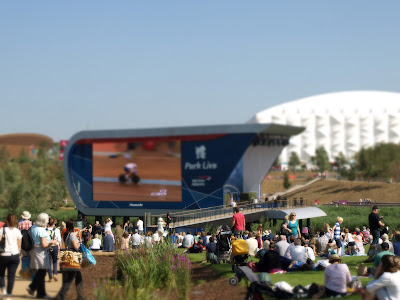 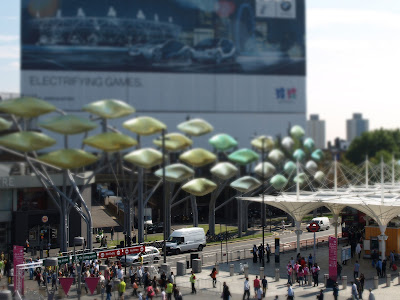 Here's to the return of better days.
Posted by Alistair Coleman at Wednesday, July 27, 2016 6 comments:

Email ThisBlogThis!Share to TwitterShare to FacebookShare to Pinterest
Labels: Olympics

Well Fancy That! No.5

WHO is the Master of the Rolls, and what does he do? 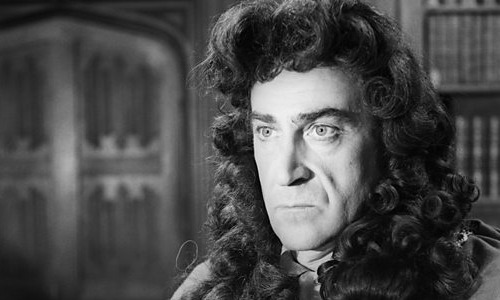 In olden days, judges had to make their own meals, but it was found that instead of doing important judging, they would spend their mornings deciding what they were going to have for lunch.

This led to all sorts of judicial cock-ups, not least the infamous Bloody Assize, when Judge Jeffreys was so busy deciding between Starbucks or a Quarter-Pounder from Ye Golden Arches that he accidentally sent 347 men to the gallows, and they had to send out for more rope.

So what exactly, does the Master of the Rolls, Britain's top judicial post do? The answer to this question is a simple one: It is is a traditional post, handed down through the centuries to the most senior judge in the country, usually after a legal career lasting many years, without falling asleep on the job.

He has seen infamous suspects come and go, criminals, traitors, politicians and has handed down judgements in some of the most important cases in recent years, and it is now time for him to take it easy. The Master of the Rolls does one job and one job only - he is in charge of the lunch menu at the Old Bailey.

In Italian law, the equivalent post is Il Padrone di Panini; while in Germany he is Der Bratwurstmesiter. The same post in the United States Supreme Court is traditionally held by a man called Greasy Joe.

So now you know! Share this with your friends and see their jaws quite literally drop!!
Posted by Alistair Coleman at Friday, July 22, 2016 3 comments:

An occasional series explaining the origins of well-known words and phrases.

WHERE did the popular phrase "A stitch in time saves nine" come from, and what does it mean? 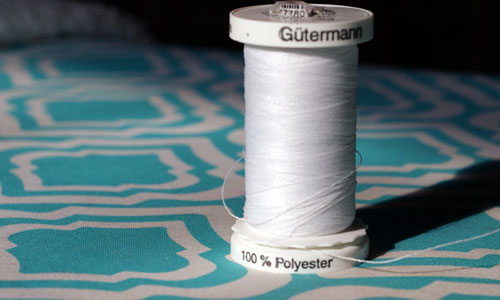 While it sounds like the kind of line that your grandmother might have used, the phrase only dates back to the mid-1980s and the rise of the television infomercial.

"A stitch in time saves nine" was invented by an advertising agency to go with a "miracle" sewing device that can still be found at lower-quality car boot sales, and its meaning has been largely forgotten after a mysterious tax-efficient fire destroyed the factory.

Experts in the English language now agree that it's "just a load of wanky bollocks, and anybody who uses it immediately exposes themselves as being a bit UKIP".

So now you know! Impress your friends and family with this new-found knowledge!!
Posted by Alistair Coleman at Wednesday, July 20, 2016 2 comments:

An occasional series looking at the origin of well-known phrases or sayings.

WHY do people on social media use the words "U OK hun?" to denote concern? 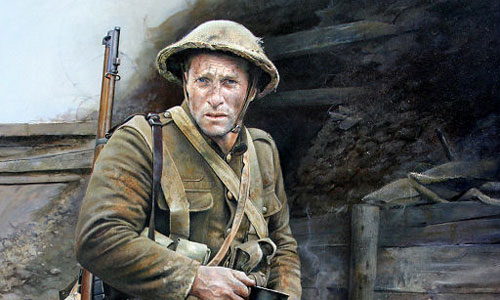 BECAUSE a similar phrase was already in use in the olden days and has simply lain dormant in our lexicography waiting for the right time to come back into fashion.

It actually comes from the last year of the First World War, when a British soldier accidentally discharged his weapon while accepting the surrender of a German soldier and shot him in the foot.

His exclamation "I'm terribly sorry, but are you alright, you swine of a Hun?" has since been shortened for the internet age and taken up with gusto.

So now you know! Next time somebody uses "U OK hun?" on social media you can impress them by showing them this page!!
Posted by Alistair Coleman at Monday, July 18, 2016 1 comment:

WHERE do we get the phrase "Four minute egg"? 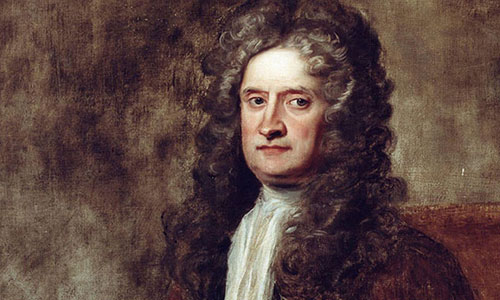 BECAUSE in olden times it was used not as a measure of cooking a the perfect boiled egg (because the egg cup was not invented until the late 1970s), but because of a ground-breaking experiment by then-Lucasian Professor of Mathematics at Cambridge University, Sir Isaac Newton.

Through a series of extensive tests, Newton found that the optimum time to sit on the toilet without leaving a red seat-print on the buttocks was exactly four minutes.

As the wearing of trousers was out of vogue at the time, this was all the more important for the gentlemen of Restoration England.

As a result, the term "four-minute egg" to denote the "laying" of the same became fashionable.

So now you know! Share this article on Facebook to impress your friends and work colleagues!!
Posted by Alistair Coleman at Friday, July 15, 2016 3 comments:

WHY does the Prime Minister have a Cabinet? 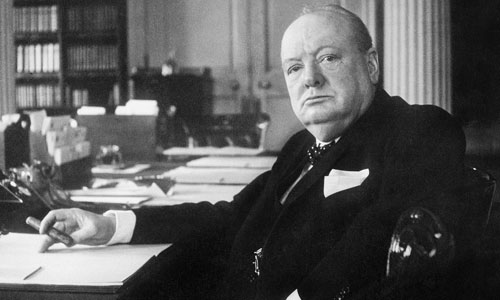 BECAUSE in the olden days, Winston Churchill literally kept his ministers in stout wooden wardrobes to prevent them from getting damaged in the Blitz.

He would literally hold "cabinet" meetings where everyone was wheeled in by strong porters to discuss the matters of the day, and then be wheeled back to an underground bunker when finished.

If Mr Churchill decided that one of his "cabinet" ministers had passed their sell-by date, he would have them nailed shut and tipped into the Thames from Westminster Bridge.

So now you know! Share this post and impress your friends!!
Posted by Alistair Coleman at Wednesday, July 13, 2016 4 comments: