On breaking the house rules, again

On breaking the house rules, again 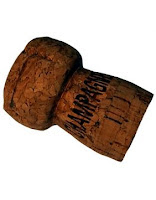 An update on the latest house rules that I am forced to live under, forced upon me by the tyrannical, yet fragrant Mrs Duck regime.

Every now and then, my charming wife comes up with some new regulation to ensure the smooth running of our household. A new regulation that I have already unwittingly broken since it was passed by a secret house committee ten minutes previously.

* Don't wipe your arse on the hamster

* Gazpacho Soup must be thoroughly warmed through

* For God's sake, use your own socks as fake bosoms

* Don't fart while you're asleep

I'm still trying to come to terms with this particular addition to the regulations, which may have something to do with my new-found love of uncooked organic bean sprouts.

It's like saying to a corpse "Try not to breathe while you're dead". Can't be done, and by God, I've tried.

Instead, I have employed my superior intellect to tackle this problem head-on and have invented the Patent Acme Guff-u-Stop.

Yeah, I know what you're thinking: "This time next year, Rodders, we'll be millionaires."

Like the boy said yesterday: This time next year, Rodders, we'll be millionaires.

Ram it home with the mallet provided in your Guff-u-Stop kit (you may need help from a grown-up at this stage), and you will experience a peaceful night free of unwanted trump annoyance.

Or, it'll go off at three in the morning and smash an expensive IKEA light shade before coming to rest in the dog.

Instead, I shall – whilst working away from home – replace the Guff-u-Stop apparatus with a football referee's whistle. No reason, I just want to annoy the neighbours.
Posted by Alistair Coleman at Tuesday, June 03, 2008