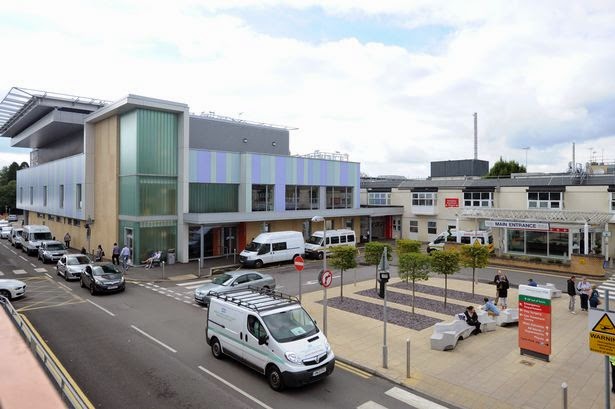 Next week, I shall take myself to Frimley Park Hospital, where I shall be rendered unconscious and a nice man will hit my foot very hard until it is broken.


Then I will wake up, and hobble around for a couple of months before - hurrah! - my gammy ankle will be fixed. Either that, or it will fail miserably and I go on the list for a foot transplant FROM A DEAD PERSON.

It is not - however - the first time I've had a general anaesthetic, for I got the benefit of being laid out sparko when I was a teenager so that surgeons could fix my hideously deformed British smile.

I can't say it was a terrific experience. In fact, my mother said it was the funniest thing she ever saw, and she had a long and fulfilling career working in hospitals and saw much strangeness involving partial and (one presumes) total nudity.

But I suppose seeing your own son, completely off his face on pre-meds, attempting to go to the toilet whilst wearing only an open-at-the-back hospital gown and bearing my arse to the entire ward, ranks right up there.

Later that same day, my face full of surgery and plastic, I got my revenge by puking stale blood all over the inside of the car on the way home, and up the stair carpet once we got there.

Not hoping to repeat the performance.
Posted by Alistair Coleman at Monday, December 01, 2014

Email ThisBlogThis!Share to TwitterShare to FacebookShare to Pinterest
Labels: hospital

Good luck with the, er, surgery - not the puking.