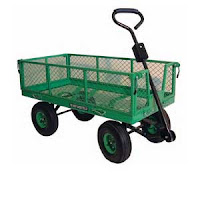 In these litigious days, you cannot send your children on a school trip without a taking out a full risk assessment, life cover insurance, third party insurance, legal insurance and let’s-sue-the-teacher-anyway-if-the-kid-comes-back-with-so-much-as-a-dented-lunchbox insurance.

Not that they go anywhere exciting anyhow. Exciting means dangerous, and dangerous means legal action. About the most exciting you get these days is a trip to the cotton wool factory across the road from the school, and that’s not without its dangers. Back in my day though...

Let’s get one thing straight right from the start. Steve Wilkinson is a hero. Mr Wilkinson was also our physics teacher, but to this group of fifteen year olds, he was also the coolest man on the planet. He used to work at Aldermaston making nuclear bombs, but had quit in disgust and become a CND activist. This guy knew about blowing things up, and for us bomb obsessed twerps (see I was a Teenage Bomber), that was good enough for us. Mr Wilkinson also ran the Outdoor Activities Club, and anywhere that Wilkie went, we followed.

So when he announced a trip to the frighteningly named Devil’s Punchbowl somewhere in the south of England for a weekend of youth hosteling, walking and general larking about, we signed up in a shot. One minibus, two teachers, a dozen kids as the biggest stash of sweets in the known universe. We had planned this one for weeks, and the quantities of chocolate-flavoured trash were frightening indeed. We’d even brought some real food, presumably to bring us down from the sugar rush.

All the usual suspects had signed up - Cookie, Ernie, Rob, Downsey, Enders, plus a few more who I’ve forgotten through the years of brain damage and selective amnesia. Basically, we left the soft boys at home. What am I talking about? I was one of the soft boys. And I was trapped in the middle of nowhere with a bunch of teenage maniacs.

The Devil’s Punchbowl is a funny old place. Just off the main London to Portsmouth road, you have to leave your transport up at the gates and walk about a mile down a wooded track to the Youth Hostel. It’s literally hidden somewhere in a wooded glade, about halfway down the bowl, and at one stage I’d swear it was the home of some child-eating witch. It’s old, it’s got a huge log-burning fire, and most important of all, there’s a hole in the wall where you can see into the girls’ dorm. They found out after about three seconds.

And so the weekend began. Stuff your face with sweets. Cook breakfast. More Chocolate. Hike through the local army range with chocolate snacks.
“What’s that?”
“Looks like a trip flare.”
“So it is! Has it gone off yet? What does this wire do?”
WHOOOOOSH!!!!!
Sweets to calm the nerves. Hike through the local golf course.
“Hey look! A golf ball!”
“Go on, nick it”
“OK”
“COME BACK WITH MY BALL YOU BASTARDS!!!!!”
More sweets. Pub lunch. Or more to the point - teachers had a pub lunch. We sat outside. Eating sweets.

It was late afternoon and getting dark by the time we got back to the hostel. “If you guys want a log fire”, announced Wilkie, “You’d better get some wood together.”, and he went off to do whatever teachers to when they let their charges take responsibility for their actions.Yeah right. At this point, our esteemed teacher has left a small group of fifteen year old kids buzzing about on a saccharin high, only rivalled recenly since the introduction of Sunny Delight, alone in the woods with a bow saw, two large axes and a two wheeled trolley-cum-wheelbarrow to get the logs back with.

We were responsible with our duties. For about five minutes. We diligently found fallen trees and branches, cut them into logs and wheeled them up the hill in the barrow to the hostel. That lasted for about one trip, while Wilkie sat with his feet up, shouting words of encouragement out of the door. It wasn’t long before the slacking-off qualities of the barrow became apparant.
“Bollocksed if I’ve walking all the way back down there” said Ernie, “I’m getting in the cart”.

So he got in. And it was the Devil’s own job getting the extra weight back down the hill without letting go, while Ernie sat like a king in his sedan chair, waving to his passing subjects. But teenage minds were already working towards greater things...

And so, as we dumped another load at the top of the hill Downsey looked fear in the face and jumped in. God alone knows what I was thinking, but I jumped in behind him and yelled “Ride ‘em cowboy!” as the cart slowly trundled down the ever-steepening path. The trouble was, nobody else was holding onto the barrow as they were far too busy with the logs. It it was just me, Downsey and Newton’s Laws.

It took us about 1.2 seconds to realise that something was wrong. We were staring over the abyss and gaining speed rapidly as we rattled down the track. I distinctly remember Trudy pointing at us and saying “Aren’t you supposed to be...” before saving her own neck and diving out of the way. Nothing was going to stop us now. The wind was in our hair as we accelerated at 9.81 metres per second squared towards escape velocity. All those months of sitting in Wilkie’s classroom learning physics weren’t going to be wasted, I could tell you for nothing.

Newton’s Laws of Motion finally caught up with us as we neared the bottom of the valley. Luckily, we only caught the tree a glancing blow. Someone, who turned out to be me, yelled out a bloodcurdling cry of “Fookenhell!” and Downsey and I were airborne once again, this time leaving the twisted wreckage of the cart behind us. I landed in a holly bush, scratching my face to buggery but otherwise saving my life. Downsey, being at the front, flew a bit further and touched down with a spectacular belly-flop into the stream at the bottom of the hill.

We both stood up, dazed. My face was a network of scratches and dirt. Downsey was a black spectre of water and mud. I puked my guts up as a sackful of chocolate came back to haunt me, and I slowly came round to the noise of my classmates actually cheering and applauding us. We were stupid. We nearly died. We were heroes. “Shit man”, said Downsey, “As soon as we get that trolley fixed up, I’m going again.” So we did. And we had to wait bloody ages for our turn.

We did so many trips with that barrow up and down the hill, we virtually stripped the entire Punchbowl of trees; and the ensuing log fire nearly burned the hostel to the ground. Our teachers, as far as I know, never found out, or if they did, they turned a blind eye. Luckily for them no-one got killed or badly hurt either. Well, not until the raw egg eating competition the next day. Ernie, mate, you weren’t supposed to eat the shell. Outdoor Activity Club - it ruled.
Posted by Alistair Coleman at Sunday, July 07, 2002