I know how confusing the news can be. In fact, I spend much of my day wondering around in utter bewilderment with absolutely no idea of the global implications of the current Iranian nuclear stand-off, and this is A Bad Thing.

It is, I have decided, my duty to simplify current affairs and transmit them to you, humble reader, in a style to which we can all relate.

So, for the hard-of-thinking, we present: 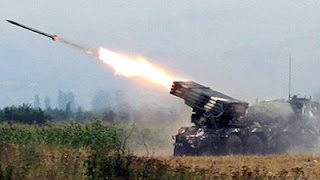 Mikhail Saakashvili
Had a ten foot willy
And showed it to the Ossetians next door
They thought it was a snake
And hit it with a rake*
And now it's only two foot four, and invaded by Russia in what is widely seen as an attempt by Moscow to re-establish control over a region it has traditionally viewed as its back yard; and to remind the West that its reliance on Russian fossil fuels could come to a horrible end at any moment.

Probably the first and last time that the president of a small, roped-off nation in the Caucasus has ever had a poem written about his Johnson. Hard, cutting-edge NEWS, that's us.

Coming next week: The credit crunch simplified as a game of Hide and Seek