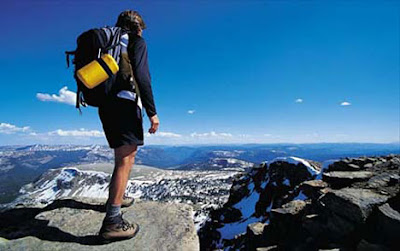 On holiday recently, I accidentally found myself in the Travel section of a local book shop. Drawn in by the Bob the Builder Haynes manual (where it turned out that the one in the window was their only copy), my delight at finding the place entirely 50 Shades Free was somewhat tempered by the shelf upon shelf of spiritual bollocks advocating all kinds of quack cures that are making their authors very rich and me realise that I'm in the wrong business.

But then I reach the travel section. I am well aware that your average travel book falls into one of two camps: The straight-up travel guide, for which most tourists are thankful; and the smug travelogue, for which they are not. This particular bookshop was stacked floor-to-ceiling with the latter.

I'm no stranger to the smug travelogue, for I once knowingly read one entitled "Pecked to Death by Ducks", only to find with no little disappointment that nobody actually got pecked to death by ducks at all, the title coming from a smug dinner party conversation. But it was this bookshop that made me realise that once you get past all the comedy travelogues which are - quite rightly - filed under comedy, that the smug tales of smug people with considerably more money than you must be published with an equally smug title which sticks to the following formula:

[DOING SOMETHING SMUG] with [SOMETHING IMPROBABLE]

Backpacking Across Indonesia with Two Buddhists in My Tent

Bungee Jumping in Argentina with a Three-Legged Lemur

Chinese Tea Ceremonies on the Great Wall with an African Shaman

At that point, I burned the bookshop to the ground, and no jury will ever convict me. Read about it in my forthcoming travel title:

Burning down smug bookshops with a Coke Bottle filled with Petrol