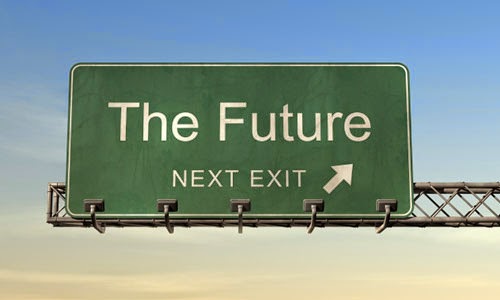 It is the year 2015, and Marty McFly is due to appear any time now with his hoverboard and flying De Lorean. But is the future as glamorous as predicted by Hollywood? Clearly, questions need to be asked. Where is my personal jetpack? Why haven't I got a monkey butler? What happened to my patent application for a realistic sexbot? The future, it seems, has been an enormous let down.

But fear not! TEF FUTAR has arrived in the Baker-Coleman household in the shape of new television and Blu-Ray devices, which replace a "big back" TV of uncertain vintage that took about 70% of the floor space in our house, and a DVD system which had enough wiring to fill the other 30%.

What's so great about this news that hasn't already been experienced by tens of thousands of households all over the UK? Consider this recent update I posted on Facebook:

We are living in TEH FUTAR with our brand new HD widescreen television, brand new Blu Ray player, all connected to the internet through our brand new 50MB router. So we spent the evening watching Thundercats cartoons. 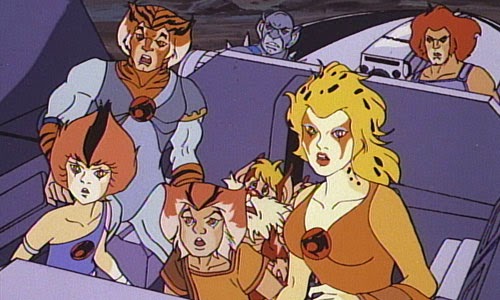 With the entire creative output of all mankind at our fingertips, to be viewed on demand and in high definition at any time of day or night we please, the only thing we found that was worth watching was a low quality 1980s cartoon featuring man-cat creatures in leotards squabbling with a low quality Egyptian mummy over a sword.

With so much going on in the world at the moment, the most important thing in my life is this:

"Why did Lion-O grow into an adult and the other two kid-cats didn't?"

But fair play to the People's Republic of China. With the events from Bladerunner only four years into the future, they are doing their level best to pump the atmosphere full of smog to at least make that one prediction come true.

If we're going to be brutally honest about it, living in the future isn't everything it's cracked up to be.
Posted by Alistair Coleman at Monday, January 19, 2015

Email ThisBlogThis!Share to TwitterShare to FacebookShare to Pinterest
Labels: The FUTAR

Oddly I was considering the very same thing, future predictions, whilst spending my weekend slobbing over trash TV sci-fi like Space:1999 and Star Trek.
The communicators all have very easily identifiable alert tones. I don't know quite how Commander Koenig knows it's HIS comm-lock that's chirping away when Main Mission has about 40 other similar devices that all sound the same... and that's a poor guess at the future, when in reality every single comm lock would have a customised ringtone, except doddering codger super genius Prof. Bergmann's who wouldn't have a clue how to change the settings on his.

"Sandra. SANDRA BENES! Put down that commlock this instant. You're supposed to be keeping your eyes out for slavering alien beasts and weirdly wobbly space phenomena, not playing Angry Birds."