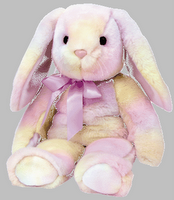 I watched Steven Spielberg's 1982 ghost story "Poltergeist" the other night, for the first time in years. I had forgotten how much it freaked me out, essentially because Spielberg is a master at injecting mind-bending menace into everyday family situations, before getting a gigantic ghost fanny to eat the kids in the final scene.

Anyway, I went to my bed, still shaken and stirred, and was awoken in the wee small hours by a dreadful moaning and a rattle of chains.

"No chance, buster. You killed me. Killed me to death, and now I'm going to haunt you. Haunt you BAD, every night, except Tuesdays, which is bingo night on the other side. Get a full house, come back as a girls' bike saddle. Not to be missed. WoooOOOoooooOOooo!"

And then, I caught sight of the gruesome, spectral apparition that sat on the edge of my consciousness, and suddenly I was one hundred per cent awake.

One scream, and it was still there, reality standing still. Just me and... it.

"Hang on - you're Mr Wiggles the rabbit! I didn't kill you!"

"Yes you did, you git, and now you're going to pay - in fear! I'm going to haunt you so bad, you won't even be able to go to the toilet properly. WoooOOOoooooOOooo!"

"So - what did I do wrong? I heaped love on you. You never, ever wanted for carrots. I'll never forget the day you led us all to safety from that burning car, and that time you single-handedly caught that burglar, tying him up with his own string. When I found you dead in your hutch I cried for nearly ten minutes before we fed your carcase to next door's dog. You were the best rabbit, ever."

"Everything except lady company, you bastard."

"You don't realise, do you?

"Don't call me big ears. I hate that. How'd you like it if I called you 'Flat Face', Flat Face? So, riddle me this: What, pray, did you feed me for dinner the night before I bounced off this mortal coil?"

"Exactly, Flat Face. And the night before?"

"DingDingDingDing! Give the bunny murderer a cigar. So… you still don't realise what I died of then, you unfeeling bastard. Here's a big fat clue: It's the one thing we rabbits fear most, and you struck me down as if you held a gun to my cute floppy-eared head and pulled the trigger yourself! Also: WoooOOOoooooOOooo!"

"Christ in a rabbit hutch! Do I really have to spell it out to you?"

It struck me. Right between the shoulder blades, right down to the pit of my stomach, as I won, temporarily, the battle to keep the bile down, whilst ghostly maggots played on the face of the …thing… staring me down from the other side of the duvet.

If he wasn't already dead, and a rabbit, I'd bury him alive.
Posted by Alistair Coleman at Tuesday, August 01, 2006