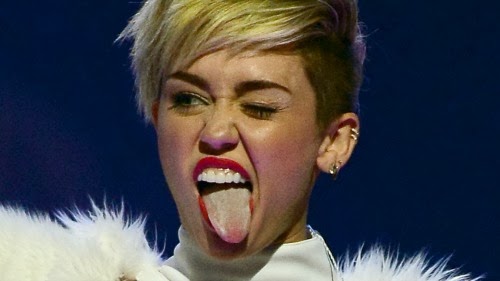 She's the new face of the global market in vapid pop music and shameless marketing who is adored by millions of easily-pleased, slack-jawed, tight-trousered morons. But did you know...?

* In France, due to European legislation on the standardisation of units of measurement, Miley is known as 1.603-Kilometry Cyrus

* Born completely mute, she was only able to talk after pioneering surgery gave her a tongue that once belonged to a giraffe

* Despite her massive global fame, Miley hasn't given up her day job working as a sports mascot. Here she is at a recent game: 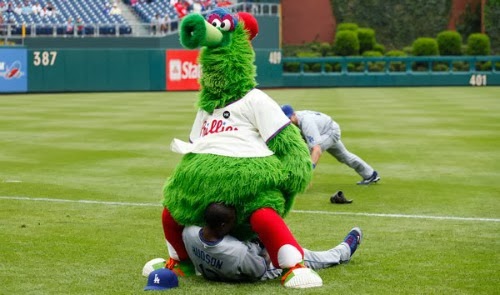 * Miley's current fame comes as a result of a family bet to "Go on, I dare you to make something worse than Achy Breaky Heart", which she won

* Nelson Mandela refused a recent request to be twerked by Miley because of "ill health" and "who the shitting hell are you anyway?" Instead, publicity hungry spiritual leader the Dalai Lama has stepped up to the plate

Let's hear it for Miley Cyrus!
Posted by Alistair Coleman at Tuesday, November 12, 2013

hm. is she doing anything new ? Are you?

Definitely a candidate for "...is a cunt" IMHO