Smug Alert: Those #TrumpFacts gags that will almost certainly get me killed

So, maniac billionaire and frightening US presidential candidate Donald Trump has been going around saying that Britain has become so radicalised that some parts of the country are now police no-go areas.

This must be true, because it's come straight from the mouth of the Donald and it's on the internet and everything. Luckily, so are many other Trump Facts, all of which are just as true. Mine [SMUG ALERT] seem to be quite popular and have turned up on various listicles and cetera: 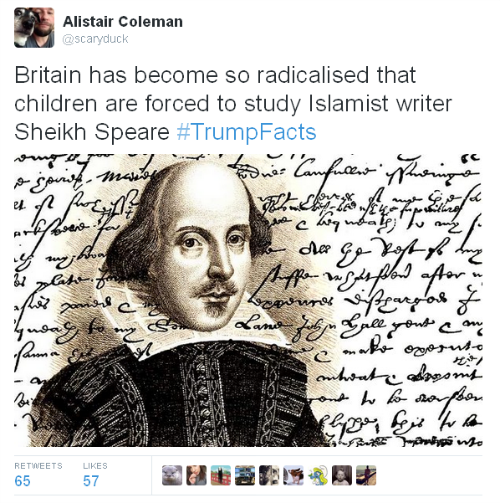 This one was actually cheggered* from Colonel Gaddafi, and he wasn't even joking. 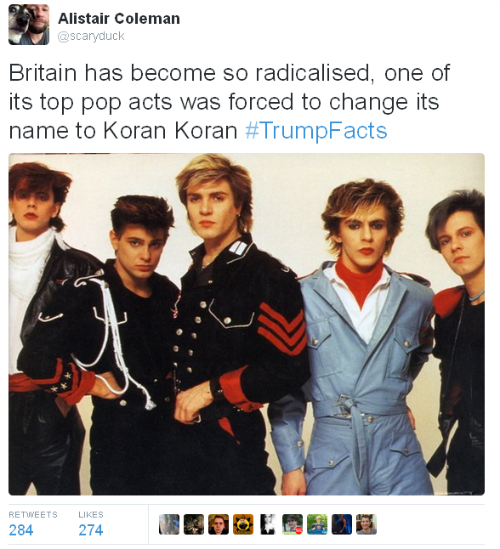 Possibly not a Coleman original either. I'm such a cheggerer*. 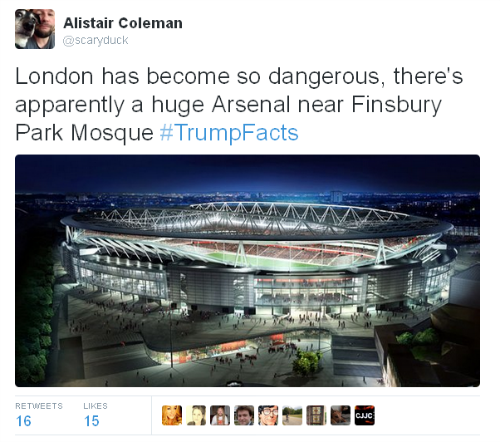 I used to sell Arsenal fanzines outside Finsbury Park mosque as it was on a direct line between the station and the football ground, so this one is absolutely not a victim of cheggerism*.

All I have to fear now is the unlikely event of Daonald Trump becoming the leader of the formerly free world and my being carted off to the salt mines for the not unreasonable crime of being on his shit list. 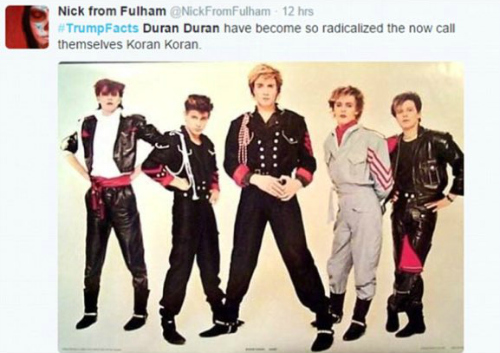 DAMN YOU NICK FROM FULHAM YOU TERRIBLE CHEGGERER* I WAS A WHOLE TWO HOURS AND 22 MINUTES IN FRONT OF YOU.

* Chegger (verb) To steal a joke from another person and pass it off as your own. ("You totally cheggered that gag from Ricky Gervais. Have you no shame?")
Posted by Alistair Coleman at Wednesday, December 09, 2015

Donald Trump has pulled out of a golf resort development in Scotland because he's worried about the Mullah Kintyre.

In a perfect world Trump and Erdogan would get married, go on honeymoon and never come back.

Word has it that the Donald is, when elected, planning to change the name of the US'S capital city to Trumpton.*

Tony said...
This comment has been removed by the author.
5:44 pm