Which of these world leaders is the best at looking at fish? 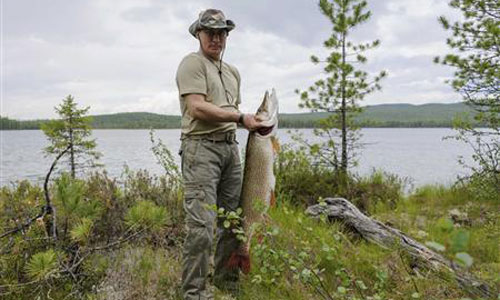 1. Vladimir Putin. Style, poise, and naked aggression. You can bet your bottom dollar that he punched that fish to death himself, and he's going to take it home and eat it raw, bones and everything. 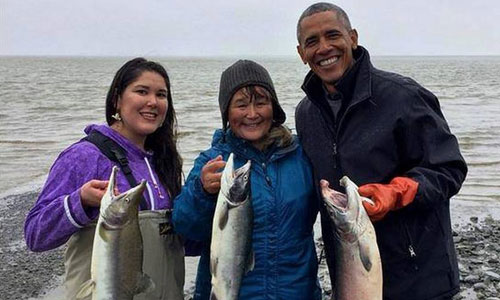 2. Barack Obama. The epitome of cool in any situation. While he did not punch these fish to death with his own hand, he knows a secret service man who will do the job as good as any Russian president whose name we don't mention hem hem. 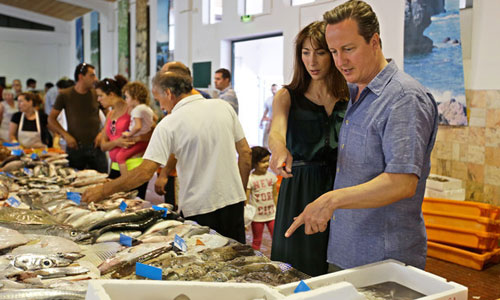 3. David Cameron. Needs his wife at his side to help him point at the correct species. Has the same barber as candidate 4. Due to a clerical error, once appointed a fish as Secretary for Education for three months, but nobody noticed. 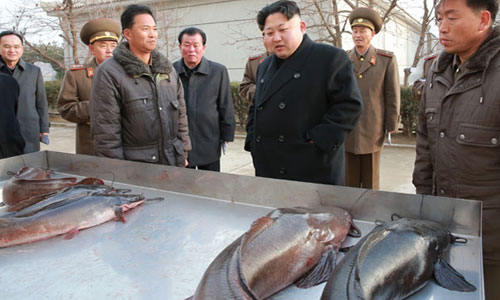 4. Kim Jong-un. This is his fourth official visit to a fish farm in as many weeks, and he has been practicing his fish-looking skills fiercely for this vote. Will the steely glance at the deceased catfish along with the pocket billiards through the coat pockets be enough for the East Asian hard man?

Who is the best at looking at fish?

Neither Putin nor Nice Mr Obambi is actually looking at the fish so Kim Jong-un wins by default, as I refuse to vote for that pasty-faced posh boy no matter what.

Are there any photos of Bernie Ecclestone looking at fish? I'm a bit scared to put it into a FWSE because Rule 34..

Change the category to 'Looking at Pigs' and pasty-faced posh boy would win easy.

Well, I reckon that Mr Jong-un is actually looking where a fish isn't.

I just voted for Kim Jong-un, which is more than any poor fucker in North Korea ever has.