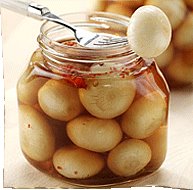 The accusation that "See that Scary Duck? He's only got one bollock" is the worst stigma that can be applied to any young man going through secondary school, and could be enough to tip even the mildest-mannered of schoolboys over the edge into a life as a raging egomaniac.

Eddie, you're a bastard.

Eddie's malicious rumour had come from the fact that I (along with about three hundred others) had been kicked in the crotch by Mad Paul, who was into that kind of thing until they rounded him up for all sorts of correctional therapy. Barely a lunch break would pass without Mad Paul singling out some poor sap in the playground before felling him with a well-practiced Dr Marten to the testicles. Every school had a mono-browed frog-eating psycho, and Mad Paul was ours.

The fact that I was felled on the last day of term, before spending the entire summer holidaying in Ireland was taken by Eddie to mean that I was in hospital having my shattered meat-and-two-veg sewn together, and he took the opportunity to tell as many people as he possibly could.

It turned out, however, that Eddie, the lad who went to great lengths to tell everybody that virtually any boy in the school only had one bollock, was himself lacking in the plum department to the tune of exactly one plum. His anti-social behaviour had all been some nefarious plan to cover his own testicular deficiency, a plot thwarted by a loose tongue and several bottles of own-brand cider.

Now, as the late Peter Cook might have said, I had nothing against Eddie's singular bollock. The trouble is, neither did he.

In his drunken stupor, he had told all to several people who were rather less drunk than he was.

"You won't tell anybody?" he slurred.

"Ooooh no, no ,no, God bless you no," we promised, "Your mono-testicular woe is safe with us."

God, we certainly knew how to tell a lie in those days.

School started at 8.50am on Monday. By 8.51am, everybody knew. And that included the deaf kid who only did sign language.

And here's what the entire school population knew. It's in the wild now, so it's only right to share:

He had been playing on the swings with some mates, trying to out-do each other with tricks and stunts. The stunt of choice was one where they swung as high as they could, jumped off, landing on the soft grass congratulating each other on their rock-hard stuntman status.

This wasn't flash enough for Eddie. He had to take the stunt to its inevitable conclusion. Having seen it done on countless westerns and car-chase movies, he decided to swing as high as he could before jumping off and landing on his bike saddle, riding away in triumph as his friends roared their appreciation.

What could possibly go wrong?

Poor, poor Eddie. Or as we called him: Pickle, after the pickled onion the hospital gave him as a false one.
Posted by Alistair Coleman at Friday, March 03, 2006