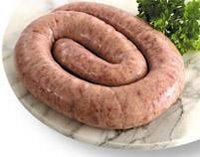 We went down the pub. In fact, we went down the pub an awful lot, so going into a new pub was no big deal. Especially one with genuine spit and sawdust on the floor, and proper real ale coming over the bar. Excellent, and we only had to travel all the way to that London to sample its wares.

Balders, Pat, John and I sat in the lounge bar, sinking pints and putting away dry roast peanuts like they were going out of fashion, commenting on the unusual lack of women in this particularly fine drinking establishment.

There comes a time, however, in any drinking session when the inevitable happens. The fatal first piss. The one where you know that once the sluice gates have been opened, you will be back-and-forth to the toilet every ten minutes. Hardened drinkers can hold this moment well into the evening, and the best can go several weeks without having to urinate, but we were not hardened drinkers.

"Scuse us fella," we asked of the barman, "Where's the bog?"

"The what, mate?" he replied in a distinctly Aussie accent.

"Aaah! The dunny. Downstairs. Mind how ya go."

So. I caved in first, and headed downstairs to the lav. Nothing special, and an impressive variety of chewing gum machines, for the man up on his luck.

A pint or so later, it was Pat's turn, and off he went.

Thirty second later, a blond-and-denim supersonic blur raced up the basement stairs with a BAAAAAAAARN!, past our table and out the door to the street, closely followed by a cry of "Waaaaaaaaargh!"

"Wasn't that your brother?" I asked of John.

"Might have been. Hang on while I go to the bog."

Thirty seconds later, there was another BAAAAAAAARN! followed by the now familiar cry of "Waaaaaaaaargh!" as another blond-and-denim blur shot out of the pub.

Balders and I went outside to investigate, and saw, in the distance, the two brothers, still running. Eventually, I caught up with them, and about thirty minutes later they'd calmed down enough to tell me near identical tales whilst sinking pints and chasers in another, presumably safer pub.

"I was pointing percy at the porcelain, and this bloke came up behind me. I turned round and he had this huge, hard pecker in his hands*. I'll never forget what he said."

"Fancy some of this?"

"An' where was this?" chipped in the Aussie barman, who could have been the identical twin of the guy in the other pub.

"Strewth!" he said (really), "Strewth! That's full of fudge packers, that place. You're lucky to have yer arse intact, mate. They won't leave me bruv alone."

Later, I couldn't help but feel left out. How come the bastard didn't fancy me, then?

God, I must be that manly.

As a Brucie bonus, let me tell you about Spence, a member of Mrs Duck's rather extensive family that includes world famous comedians, actors and performers. Spence is not one of them. Spence, in fact, earns a living from his mobile disco, playing Agadoo to weddings and 60th birthday parties all over the Reading area and the Thames Valley.

The thing is, everybody in Reading knows the Marquis of Granby is a gay pub. Everybody. Ask a little old lady in Friar Street about the Marquis and it's "You don't want to go there, it's full of bummers." It's so gay, I'm told by a non-breeding colleague that even gay people avoid it.

At least, not until he played the first slow record.

* Presumably his own.
Posted by Alistair Coleman at Friday, April 14, 2006