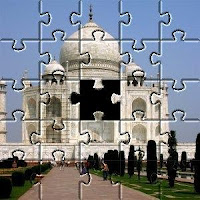 My drive into work the other morning took me down unfamiliar streets through the less-privileged streets of Whitley. Home of the legendary Whitley Whiff, my sister Ricky Gervais and very little else, circumstance took me past a row of shops where traffic lights brought my car to a halt.

Having the presence of mind to activate the central locking and to arm the pod-mounted rocket system that comes as factory standard in any Renault Scenic, I took in my surroundings.

A chemist, a very small Tesco, kebab bar, the roughest pub in the world, and a charity shop.

At least I thought it was a charity shop. It might not even have been a shop at all, apart from the fact that it had the words "AUTISTIC SHOP" above the door in large, orange capital letters straight from the 1970s.

"That's been there for donkey's years," my colleague who wants to be a lumberjack told me as I brought the subject up over a cup of scout hut quality tea, whilst running a swift CTRL+A+DELETE over my inbox.

"They never have to have a stock-take. They know EXACTLY what's on the shelves."

Ah yes. Warming to the politically incorrect theme – having seen Rain Man on several occasions, and having no reason to believe that Hollywood might ever lie to me – I suggested "but they've got some really GREAT art".

Of course, this kind of chat was brought to an instant halt, because laughing at the misfortunes of others is neither big nor clever.

"I bought a jigsaw there, you know."

"The bastards never told me there was a piece missing."
Posted by Alistair Coleman at Wednesday, December 03, 2008