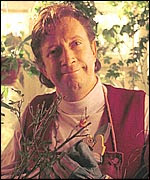 This is the year that I have finally succumbed and written one of those round-robin letters you always receive in Christmas cards from annoying people.

You know the type - people who really deserve to be dragged out and shot crowing about promotions at work, the wife's successful production of Don Giovanni and Jemima's new pony, all with far too many exclamation marks.

Well, screw that, this year I'm doing it properly:

What a year! It's been all-action round the Duck household, and we've hardly had time to draw breath!!!

We were just getting over the shock of last year's National Lottery jackpot when - blammo! - we won the top prize AGAIN with exactly the same numbers!!! Naturally, we decided that we wouldn't want all that money spoiling our lives, so we gave it all to charity - again!!! Next thing I knew, there was a letter from Buckingham Palace telling me that Her Majesty had awarded me an OBE for this act of kindness, on top of the George Cross for all that stuff I'd done in Afghanistan!

Despite all my time away from the office helping the homeless, the chief has finally made me a full partner. As a concession, I may employ any vagrant I wish - even for target practice!!! With the Olympics coming up, I need all the training time I can get if I'm to successfully defend my gold medal.

Vanessa has been her usual busy self making sure our household continues to run smoothly. It's so difficult to get good, English-speaking staff these days, and I must say that my lovely wife has done WONDERS in finding the right cleaners and gardeners with the necessary skills at the right price! We were lucky enough to find Fernando, who comes three times a week to clean the pool - minimum wage AND a Ph.D in Theoretical Mathematics!!!

The lady wife's also on a number of local committees, and prides herself on booking GENUINE celebrities for talks at her ladies' lunches. To think that Mrs Bottomley - the silly woman who ran the Lunch Club before our successful 'putsch' - could only get somebody from that awful Big Brother programme, hardly a patch on the Duchess of Cornwall and the utterly charming Mu'ammar Qadaffi. It's a wonder she still shows her face at the gym.

Hazel continues to go from strength to strength. Despite being only thirteen years old, she won TV's Mastermind for the second year in a row, this time with a record points haul on the life and works of Fyodor Dostoyevsky. She also competed in - and, happily, won - the world three-day eventing championships, and is currently tipped to pip that upstart Hamilton for BBC Sports Personality of the Year.

On top of that, she's just finished her European tour after her single went straight to number one and stayed there for six weeks! You should have seen the boys queuing up outside our house!! Luckily, I'm a good friend of the chief constable, and a blind eye was turned when I had to use my war-loot Kalashnikov to disperse them. Still, that won't be a problem when she starts at Oxford next year - my old pal Qadaffi's giving us a lend of one of his bodyguards!

I'm pleased to say young Adam has taken a leaf out of his old dad's book by getting himself involved in the ongoing civil war in the Congo. It looks like the peace deal will be signed any day now, with the added bonus that his cure for Ebola makes him certain to win both the Nobel Peace Prize and the Nobel Prize for Medicine in the same year!!! That's got to be some kind of record!

He doubts that he'll find the time to collect his prize money, though - things are more than a little busy now that he's going to be the new host of Top Gear!!

And let's not forget Lucy Minogue, our adorable little King Charles Cavalier - Crufts Supreme Champion for the second year in a row. The sponsorship offers have been rolling in, AND there's the reward money from when she rescued Prince William from that avalanche! We'll never have to buy dog food ever again!!!

Please don't bother telling us about your lives. Frankly, we're not interested in the slightest.
Posted by Alistair Coleman at Wednesday, December 12, 2007