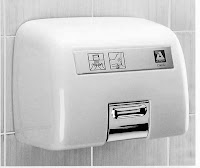 You may already know that I work away from home. My Monday morning ritual, then, is one where I rise at 4.30am, dress in the dark, pausing only to clean up a pool of dog piss in the conservatory, before hitting dark Dorset roads just in time to listen to the Shipping Forecast.

I like the Shipping Forecast. It is almost hypnotic in tone, and gives me a chance for an extra ten minutes of shut-eye as I head up the A35 in the general direction of civilisation.

By the time I reach Winchester Services on the M3, it is around a quarter after six, and I am just about ready – and let us use the correct medical term here – to park my breakfast.

Winchester Services at that time in the morning is a little island away from the white van and container lorry madness of the motorway, with bunny rabbits living in the grass verges, should your budget not stretch to a cooked breakfast in the restaurant.

My usual routine on these occasions is to pull off down the slip lane in the Silver Hornet, pretending that I am The Stig and staying on the racing line. I roll to a halt in the near-empty car park, amble into the gents' toilets and go about my business.

All done within five minutes, and I'd be straight back on the Road to Hell (Basingstoke).

Not this Monday morning.

This Monday morning would be spent – in the main – sitting in the driver's seat of the Silver Hornet, knuckles white as I grasp the steering wheel, foot to the floor, trying to erase something dreadful from my mind as I try to put as many miles as possible between myself and the Seventh Circle of HELL.

But there are things that - once seen - cannot be unseen.

The goggles, as they say, do nothing.

And it was this:

I locked the car door behind me, marched into the building as the sliding doors whooshed open before me, took in the morning's news headlines from the paper stand and noted the time on my watch: 6.18am.

Then, without further thought, I strode into the gentlemen's conveniences, where what can only be described as "a sight" awaited me.

There, in front of me, was an elderly gentleman, seventy years old if he were a day, at the electric hand-dryer. Flat cheese-cutter cap, NHS specs, sensible zipped-up anorak.

And there, the respectability of this vision ended. His trousers and grundies around his ankles, he fanned his not unsubstantial meat-and-two-veg under the warm air of the blower, a huge smile across his wizened old face as he arched his back to achieve a better angle of attack.

"Muh!" I said, taking in this vision of Gehenna, the place of eternal damnation, my mind not entirely sure what was going on.

Then, realising he was being watched, the manky old spunker gave me a wink and a grin before exclaiming over the roar of the blower "Aye, that's done the trick!", coaxing the last turkey in the shop still further into the warming stream of air.

Air which I would – at some stage – have to breathe.

I fled. Fled with foot to the floor, until the A33 spat me out in the middle of Reading.

I'll be stopping at Southampton Services from now on.
Posted by Alistair Coleman at Friday, December 05, 2008

Email ThisBlogThis!Share to TwitterShare to FacebookShare to Pinterest
Labels: burning genitals, neither mirth nor woe