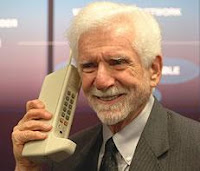 Lunch time, and I find myself in the second floor executive washroom, end cubicle, catching up on a bit of sleep.

The door to the outside world opens, and in comes another punter to the luxury of the management-only facilities.

Alas, he breaks the silence of the moment, and rouses me from my slumber, as he is talking on his mobile phone.

I do not recognise the voice, but it is immediately apparent that he is talking – at some volume – to his other half, discussing the all-important subject of what they will be having for dinner that night.

He does this, dear reader, as he parks himself in the cubicle next to mine and proceeds to park his breakfast.

"Yes dear," he says, "I'll swing by Budgens on the way home for a pint of milk and the ham."

Then: "Nnnnnng" followed by the tell-tale splash.

"Oh, in the office, just finishing some paperwork."

Well, I had just finished off some paperwork of my own, and blew his lie out of the water with a well-timed flush.

Not wanting to hang around for the all-too-predictable fall-out, I made my excuses and fled.

Think once. Think twice. Think – don't use your phone on the shitter.
Posted by Alistair Coleman at Tuesday, December 09, 2008