On not having an Oyster Card

It is rare, these days, that I use this site to make an overtly political statement. Back in the early years of this blog, I showed a distinct left-wing bias, but the politics have been slowly squeezed out in favour of the more observational funny.

That is, until now. 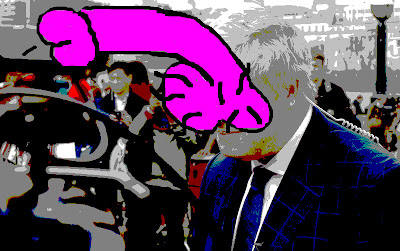 FOUR POUNDS AND THIRTY OF THE QUEEN'S PENCE to travel a mere four (count 'em) FOUR stations, because my travel needs are so casual and so not-London-based that I don't actually possess an Oyster Card. What kind of image does this portray to visitors and tourists, eh? A rip-off, that's what.

Screw you, Boris. I hope you choke on the caviar that my FOUR POUNDS THIRTY paid for, you posh, tousel-haired NOBBER. You're supposed to be encouraging casual users onto the London Underground, not scaring them away. NOBBER.

FOUR POUNDS THIRTY? Even the station staff thought it was an outrage.

In the interests of political balance: Other London mayoral candidates are available, and may also be nobbers.

*Takes a look at list of candidates* Yes, they are all nobbers. Best of luck, London.
Posted by Alistair Coleman at Friday, March 30, 2012

Email ThisBlogThis!Share to TwitterShare to FacebookShare to Pinterest
Labels: a little bit of politics, Boris Johnson