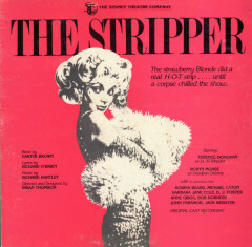 A tale of woe starring my most excellent father-in-law, known to his mates as Kendo.

Kendo, as I've mentioned before, is a practical man, and will never pay to get a craftsman in if he thinks he can do the job himself. This is a philosophy that has, over the years, saved him thousands of pounds, and has only resulted in potentially fatal injuries on less than a dozen occasions. Two dozen, tops.

So, when the Kendo family got their own house for the first time, Kendo did what any family man would do by setting about the place with a tin of paint and a few rolls of wallpaper.

The paint job on the stairs, however, proved problematic. The previous residents were clearly colour-blind, or, it being the seventies, suffering from the national taste shortage that cursed the nation at a difficult time in British history. The stairs were orange. Orange gloss paint. Orange gloss paint, slapped on in layers about an inch thick. It hurt your face just looking at it.

He set about the paint with a piece of sandpaper like a man possessed, and found that there was no way he was going to finish the job this side of Doomsday.

"I know," he says, "I've got a mate in the trade - he can get me some paint stripper! Industrial grade stuff. That'll do the trick."

So, finding himself on the Post Office waiting list for a phone (they were sent a letter with a date for installation - it said '1987') he went to the phone box outside the fire station with a pocket of 2p pieces, made a few calls, and pretty soon, Kendo was the proud owner of a catering size tin of industrial strength stripper.

Off came the lid, and dipping a brush into the goo, he set about the orange, and pretty soon he was getting back to plaster that had not seen the light of day in decades.

The tingling did not get any better, though. If anything, it was getting worse. A tingling that was becoming a dull ache, and presently, eyeball-popping agonies.

Or words to that effect.

"Kendo," says Mrs Kendo, surveying the scene as her husband ran up and down the stairs beating out the invisible flames coming from his arse, "You've sat on the lid."

And so he had. He had taken the top off the paint stripper (which, going against 1970s health and safety advice, had a large, frightening warning on the side on the dangers of not touching, breathing or even being in the same postcode as the tin of jollop), and set to work, unaware that The Lid of Doom was quietly melting its way towards bare flesh.

In fact, the stuff had burned a neat hole through his jeans, a pair of y-fronts - where the added crust had merely accelerated the chemical reaction - and was making a reasonable fist of burning him a new, larger bum-hole.

Tom and Jerry style, he charged back up the stairs, five at a time, and launched himself fully-clothed into the bath with a sigh.

Naturally, two words echoed in his ears as he contemplated his brush with melty death: