Supper or Tea? On taking classism to new levels 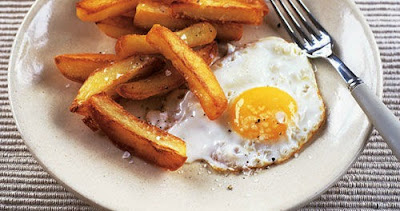 So, I'm a snob. That much we have established. But, we ask, how deep does the snobbishness run?

Very deep, that's how deep. But not as deep as some.

Take evening meals. What do you call it? To me, it has always been dinner. Except when I've called it "tea", but there is a definate sliding towards the ponce end of the scale.

Because, call me a snob and a classist if you like, but there's a sliding scale of evening meal twattery at work:


To the left of "Supper", there's the even more heinous "Supper Club", who will be the first against the wall come the glorious revolution, and to the right of "Chipshop" comes "Punching people coming out of Chipshops and stealing their chips".

Even further to the left is the "Roving Supper Club", where - I have been told by the shameless people who take part in such BLASPHEMIES - Supper Club members would dress up and have a course at each member's house, before moving on. So far, so poncy. BUT HOW DO YOU GET PISSED?

I fear, as my fifties loom, I may get involved in Suppers at some stage. But as long as egg and chips still exist, there will always be tea.
Posted by Alistair Coleman at Wednesday, December 12, 2012