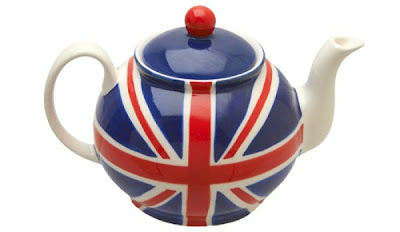 Some years ago, before the internet happened, I used to buy a lot of magazines. Once I finished reading them, I would take them to work and leave them for my colleagues to read. A few other co-workers did the same, recycling at its finest.

After a while, I noticed that I was the only person bringing in magazines, which would disappear almost as quickly as I brought them in.

It came to a head one afternoon, when I was asked "Hey - when you are bringing in this month's Viz comic?" I pointed out it was still in the shop if he really wanted to read it, and never left a magazine for colleagues again.

I didn't learn, for I also found out I was the only person bringing in tea and coffee for the tea and coffee swindle. Returning to work after a week off, the first thing I saw was a (now former) colleague complaining bitterly that there were "No effing teabags left". I decided there and then I would no longer be a - oh-ho! - mug, and the free tree supply soon dried up.

And it's happening again.

"Oi! Coleman! Where are the amphetamines?"

That's it. Get your own drugs.
Posted by Alistair Coleman at Monday, December 31, 2012

And Nash won the Nobel Prize for deriving such equilibria!
So keep up the good work ;-)

. . . and where's my New Year Round Robin that I forward to all those that have belittled me, passing it off as my own.

You have no team spirit, evidently!