On getting over the hill 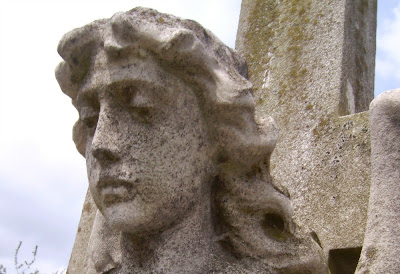 One of my favourite people on the internets is comedy writer musician and all-round good egg Andrea Mann. She's recently started a site called You Know You're Over 40 When... describing what it's like the moment you realise it's all downhill from here.

Having hit 40 several years ago, I can nod sagely, and add this:

You Know You're Over 40 When... You're No Longer Bullet-Proof

This is the year where my body has turned round and not-so-gently reminded me that I'm no longer a teenager. Barely a week has gone by without some sort of medical appointment, general malaise, or feeling tired. Oh, so very tired.

Old sports injuries no longer heal, and that limp's probably going to be permanent.

That tooth that needed a filling suddenly wanted a full-on root canal followed by a crown.

A bout of flu that was the worst thing I ever experienced in my life, and left me partially deaf for the best part of a month.

The painkillers for the injured foot brought on a stomach ulcer followed by gastritis.

The years of food and beer abuse and the lack of exercise manifested itself in a mild case of diabetes.

And tired. Oh, so very tired.

Yeah, you can fight back. I've joined the gym, and the weight's fallen off. The diabetes is more-or-less under control, but a raging thirst reminds you that it'll always be there, lurking in the background.

The stomach cramps will take months to go away, and every moment of culinary pleasure has to be weighed against the carnage in the toilet bowl the following morning.

There was a time you could do anything. Drink ten pints, stuff your face with takeaways, crisps and chocolate, run a half-marathon, and your body would spring back within hours.

Now, it's less of a spring and more of a crawl.

I want to be bullet-proof again.
Posted by Alistair Coleman at Friday, September 06, 2013

Email ThisBlogThis!Share to TwitterShare to FacebookShare to Pinterest
Labels: Getting old, not being bullet-proof

Last year I discovered that in poor light I sometimes need glasses to read.

TWO MINUS ONE said...

Cheer up! It all gets better again when you're in your 50s - or 60s. Less stress, less tension, more philosphy!
Joy Wodhams

"my body has turned round" = hilariously true, but you probably meant "around" ?

Well, my body's certainly turned round ;-)

I'm also battling with the hassle of my first pair of varifocals at 46...

Pfft! You're just a pup.

I now need new knees though.