On famous people visiting your house

On famous people visiting your house 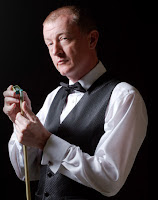 I arrived home one afternoon to find my parents' house full of snooker stars.

This was at the height of the game's popularity as a TV-driven spectacle, and there they were - Eddie Charlton, Ray Reardon, Terry Griffiths, 'Interesting' Davis - all standing around the living room, whilst snooker played on the TV in the background.

My folks had never shown any inclination toward the green baize at any stage in my life, but it turned out that a friend of theirs had emigrated to Australia and had become a snooker professional. And now he was back in town playing in a tournament, currently televised live to an audience of millions from the Hexagon in Reading, where he was knocked out in the first round.

He had - as you do - decided to drop on his old pals, and brought a few of his friends along with him. Sick to death of the delights of the Reading Ramada Hotel, they had jumped at the chance where they took turns to deflect the right-leg attentions of our sexually confused dog.

All of a sudden, Charlton looks at his watch, says "Time to go", and the snooker players cram into a car and head back to the theatre. Within an hour, he was on TV, knocking coloured balls around the table. Apart from free tickets to the value of £2.50 sitting on our dining room table, it was like they were never there at all.

Nobody believed me then, and they still don't.

Ever had anybody interesting in your abode? Tell me. I won't believe a word of it.
Posted by Alistair Coleman at Wednesday, November 07, 2007