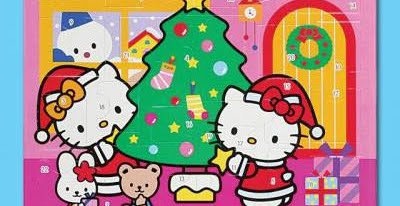 Imagine my surprise, then, when I opened the first window of my Cats Protection advent calendar the other day, to find an actual feral cat, who I have, despite his murderous nature, since named Fluffy.

The second day of December brought another equally furious ball of fur called Tiddles, with the promise of a further 22 cats, including an actual leopard behind the big window on Christmas Eve. I know. I peeked.

However, as the month wears on, I begin to wonder that unless each door is a portal to a parallel Cat-Space universe, it is highly likely that cats in the latter part of the month may actually come out - not to put too fine a point on the whole Christmas experience - in a state of deadness.

One cannot tell if this is Schroedinger's Advent Calendar or not. Frankly, a dead leopard is not going to be on any child's Christmas list, unless they have plans to grow up to be a serial killer.

Ninja edit: Behind today's window was a large, well-fed dog. I can't help thinking I might have bought a factory second.

Also, my 'Save The Whale' advent calendar's beginning to whiff a bit, and I don't think juices should be coming out this early in the Festive Season.
Posted by Alistair Coleman at Tuesday, December 06, 2011