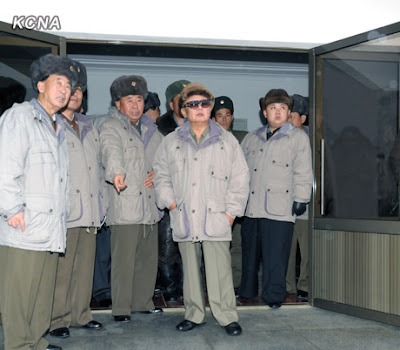 Kim Jong-Il, smooth devil that he is, has bought himself a new car coat from the club shop of his favourite football team: Pyongyang United, who have won the North Korean Soldier-Worker Juche Football League and Cup double for a record-breaking forty years in a row. 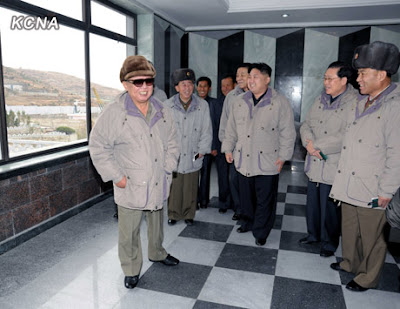 He likes it so much, all his mates have bought one as well. 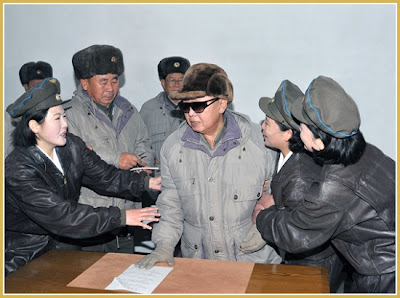 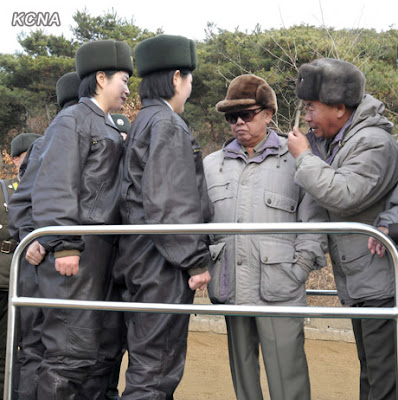 And Kim Jong-Il and his Pyongyang United car coat just can't keep his eyes off the ladies. 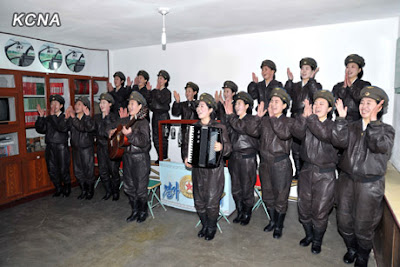 In fact, the ladies like it so much, they wrote a song about it: "Oh Great Leader and Your Pyongyang United Car Coat, Its Thread Plucked By Patriotic One-Worth-One-Hundred-Enemy Soldier-Workers From the Slopes of Divine Mount Paektu, Our Hearts Explode Like Human Bomb As You Ran the Puppet Dogs from Seoul Wanderers"

It sounds much better in the original Korean. 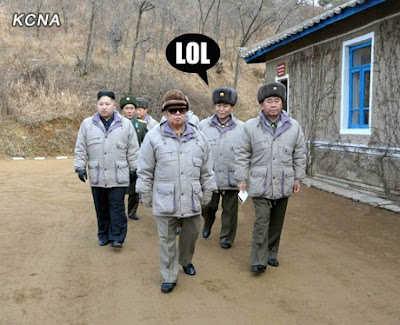 But what - we asked - if you went down the pub, and everybody was wearing the same Pyongyang United car coat, but some people had FAR BETTER HATS. I'd flounce off in a huff, too.

Let's hear it for Kim Jong-Il and his Pyongyang United car coat!

Pictures from KCNA
Posted by Alistair Coleman at Friday, December 09, 2011

Email ThisBlogThis!Share to TwitterShare to FacebookShare to Pinterest
Labels: Kim Jong-Il, loads of pictures and stuff