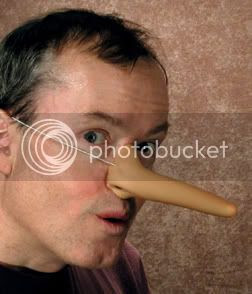 I have scars all over the upper part of my body thanks to my kind, loving sister's attempts to kill me to death or maim me horribly throughout my childhood. And then there are the scars that leave no physical mark on my body, such as the time she tried to drown me, and her plot to convince the dog that I was some sort of vicious intruder, fit only to be ripped limb from limb. And what, I ask, did I ever do to her?

I'm from That There London, and spent my early years in a terraced house in Hammersmith. It had a long, narrow garden with an alley running along the back, where I was forever picking up hideous injuries, and staggering back to the house, covered in blood with bits of bottles and carnivorous plant sticking out of me. The tree at number twenty - where Janine Bailey, the girl of my dreams lived - also had it in for me, and I would fall from its branches on a semi-regular basis.

What, though, would you expect from a small boy at the age of five-going-on-six?

These days parents rarely let their children out of their sight for fear that they might pick up a scratch, or possibly even enjoy themselves. In 1971, we were given the run of a kingdom that spread across one, possibly two blocks of houses in South West London.

Our garden was dominated by a large, galvanised metal swing with a huge wooden seat. The kind they used to use in safety films about the dangers of playgrounds which would then be shown around schools during morning assembly, to increasingly green-looking children. A girl called Sylvia might faint, whilst a particularly sensitive lad would vomit copiously down a teacher and several of his classmates.

The whole area, then, was a large playground full of dangerous things. Apart from the swing-o-doom, we also had an outhouse that was full to overflowing with dangerous-looking garden tools, and a genuine honest-to-goodness coal bunker, filled with genuine honest-to-goodness coal. We used it as a Wendy House. Wendy, in our household, being as black as the ace of spades, where we stripped all the rose bushes of petals to make soup for teddy-bears' picnics. Bless.

So. London. Garden. All kinds of dangerous stuff. Scene set.

"We can turn that into a see-saw!" ventured Jill, "A see-saw for dollies."

A see-saw. For dollies. What kind of girlie thinking was that?

So, we laid the shovel across a handy concrete block, and I watched, helplessly as cuddly toys rocked backward and forward.

I munched on a handful of rose petals and considered the possibilities.

My foot came down on the handle, and poor little dolly shot into the air, coming to a rest in the depths of our parents' best, spikiest rose bush. I had, at the age of five, invented a rudimentary siege weapon.

Now, if only I had something to use on it that wasn't one of my older sister's favourite cuddly friends.

After scouting about a bit, I found the very thing in the alley at the end of our garden. A mess of broken roof tiles, scattered all around the place. It wasn't as if anybody was using it, so I scooped up a big handful, and placed them on the business end of the shovel.

Seeing as I was going to do this right, and go for maximum damage, I would, I decided, need a run up starting fifty yards away up the back alley, up the garden, round the swing a couple of times, launch myself over the sand-pit and straight onto the handle of the shovel-cum-siege-weapon with my number one war cry:

"Spang!" when the shovel.

"Thwoosh!" went the half-dozen pieces of red, red roof tile as the whistled past my ear.

They carted her off to Charing Cross Hospital, just down the road, where they put her nose together, and topped it off with a huge plaster. And yes, scarred for life.

Now I remember why she's still trying to kill me.
Posted by Alistair Coleman at Friday, January 12, 2007