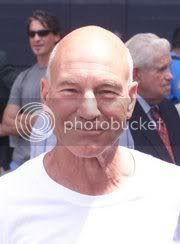 I loved my bike.

Actually, there were loads of bikes, and I loved them all even if they had a nasty habit of getting stolen, sold, or disappearing under the wheels of lorries. In the end, however, my best bike - something chunky and expensive by Specialized - was sold for quite a lot of money that I needed at the time, and has never been replaced, simply because I just don't have the time to get saddled up.

When I did go out on my bike, it has become increasingly clear over recent years that cars are steadily winning the battle on the roads. I've had enough near misses to last a lifetime, especially in Reading, where the council has a huge enthusiasm for bike lanes, but of the type that run out suddenly, leaving the poor bloody rider stranded in the middle of a dual carriageway, surrounded by cars doing 90mph.

Reading is, indeed a traffic hell. The town's entire transport policy appears to revolve around spending its huge roads budget as quickly as possible, mostly on new sets of traffic lights, which often appear, without explanation, overnight. Who can forget the Monday morning when drivers on one of the town's main thoroughfares suddenly came up against a dozen brand new mini roundabouts, with cars popping out of side roads that never existed the previous Friday? It was carnage.

And I used to cycle to work through this madness on a daily basis. No wonder I'm a mentalist.

So, one Saturday afternoon, I found myself cycling through Reading on one of the thoughtfully supplied bike lanes, for an evening shift at work. It had rained heavily that day, but had since brightened up into a rather pleasant Spring afternoon. Cycling in the road was proving difficult due to the large amounts of standing water, so, for once, I was pleased to be on the cycle path, glass-strewn or otherwise.

As I cycled past the Reading Rock Festival site, coming up to the Rivermead Leisure Centre I couldn't help but notice a) the large puddle in the gutter left from the recent shower and b) the open-topped sports car heading towards it with the sole purpose of drenching me head to foot. Red, throbbing, with a vein down the side, clearly a penis substitute for the bald old fella (fifty-going-on-twenty) driving it to impress his bleach blonde of a skanky girlfriend in the passenger seat.

And so it proved to be.

"Glub" I went, as a wall of filthy water reared up and covered me.

"Gotchayoucuuuuunt!" screamed Baldie as his harpy of a girlfriend laughed like the big, ugly stupid she clearly was.

But what little they knew of Reading's traffic woes. Unfortunately for them, within 400 yards they were trapped in the queue for Caversham Bridge - one of the town's more notorious bottle-necks where five approaching lanes of traffic fight for the two lanes on the bridge, with added traffic light woe. And deep joy, as I could see the fearful glances over his shoulder as I caught up with him.

I did nothing. Nothing at all.

Baldie sunk into his seat and wished he was invisible, but the sun shined off his hairless pate like a beacon.

I stopped, dismounted, and still dripping, stared at the dreadful twosome for a few seconds, eventually fixing my gaze on the Harpy.

Mounting up and weaving through the queues of cars, lorries and buses and already heading into the distance, all I could hear were her shrieks of anger.

"Dave! DAVE! If you was a man you'd do something about 'im! DAVE! Kick his fahkin' teef in! DAVE!"

I hid behind Waitrose for an hour, just in case.
Posted by Alistair Coleman at Friday, February 09, 2007