On having an evil twin called Dave

On having an evil twin called Dave 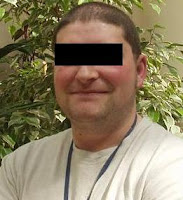 I am often mistaken for other people. Many are the times I have been approached by complete strangers saying things like "Alright, Dave", "Good God man, I haven't seen you since Cambridge!" and, memorably, "Aren't you supposed to be in Switzerland?"

The last one wouldn't have been so bad had it not come from someone I had worked with for five years. I have, then one of those faces. Either that, or I have an evil twin who is called Dave, went to Cambridge and should be in Switzerland by now.

The worst one was when, at the age of fourteen, I was eyeballed by some spotty kid I recognised from the other school in the village, who accused me of stealing his girlfriend, some spotty teen called Monica. Girlfriend? Me? I was saving my loins for my one, true love: the curvaceous Miss Shagwell of the School Biology Department (and latterly, the centre pages of Fiesta magazine), so I damned his eyes and punched him into a hedge.

"You're dead meat Dave!" they shouted after me, as I fled for the relative safety of the butcher's shop, where I was on my weekly errand for two pounds of dog meat. Cracking butcher, that man - right up to the moment the health and safety people caught up with him.

The whole concept of having an evil twin is a bit of a disappointment, though. This is mainly because I thought that I was the evil one. I bet girlfriend-called-Monica-stealing Dave has never shat in a plastic bag, for a start; and I will wager damn good money that no Swiss floozie called Barking Mad Lorelei has demanded that he "Piss on mein tits, bitte!" either. Clearly, I am not working hard enough at the evils, and, thussly, I am open to suggestions as to how I can put one over "Dave" for once and for all.

This weekend, I have been mostly proof-reading Confessions of a Chatroom Freak, the forthcoming book by TV's Mr Biffo.

To be perfectly honest, I have had a hard time getting the job done, simply because the book has made me do many, many LOLs. In fact, I LOLed out loud on several occasions, much to the annoyance of people who were trying to watch Emmerdale, who do not appreciate a good, hearty LOL at a crucial moment in what passes for a plot.

Biffston's epic does not come out until May, so why not pre-order it now, forget all about it, and be pleasantly surprised when it plops through your letter box?