On asking questions that need to be asked

On asking questions that need to be asked

You should know me by now. I've been writing this website for exactly five years today *cough*AmazonWishList*cough*, and you'll know that I'm never one to dodge the important issues that rule our everyday lives, never one to avoid asking those questions that need to be asked. Stuff that really matters. Especially if they are questions on the subject of bodily functions, but, for once we'll let that go by-the-by today.

Questions such as this one, which has been bugging me for ages: 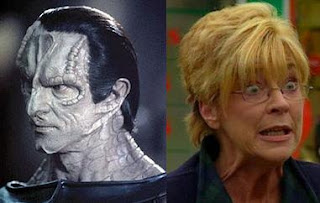 Answer: Yes. Yes it does.

More of this crap coming up in the next five years. Plz to suggest other, worthy questions that I should be answering. Consider it a public service.


Charles Bronson Quote-of-the-Day: "Everybody hated Dave Reece, because he was a grass and a thug who'd turned Queen's Evidence on a prison killing, but I quite like him. He was doing life for killing Brian Smith, the respected armed robber. Dave died in prison a few years ago. God bless you, Dave!"

Hang on - Respected armed robber? I didn't know there was a career path.
Posted by Alistair Coleman at Tuesday, February 06, 2007