NORTH KOREA WATCH: WHAT'S KIM BEEN UP TO THIS WEEK?

So, I hear you ask, what's Supreme Leader of the Songun Revolution Kim Jong-Un been up to this week? And I reply: THIS.... Kim's been playing guitar, jamming good with Weird and Gilly and the Spiders from Mars, and he played it left hand. Young Kim's days as lead singer of North Korean pop sensations Jong Direction standing him in good stead. 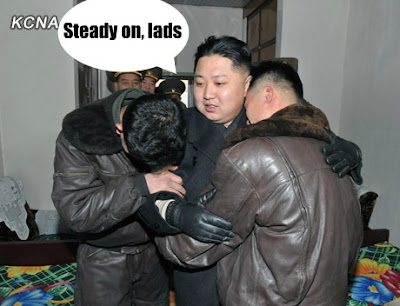 And, wherever he goes, Kim finds that he'll always be mobbed by adoring Jong Direction fans. 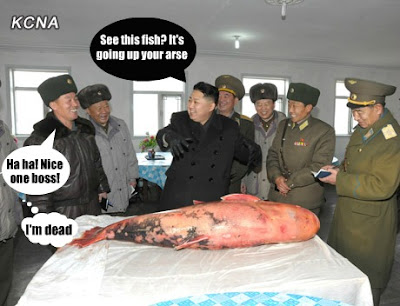 Then, it's time for lunch, and Kim is so hungry, he'll eat an entire dolphin on toast. This is why he's wearing the shoplifting coat again. 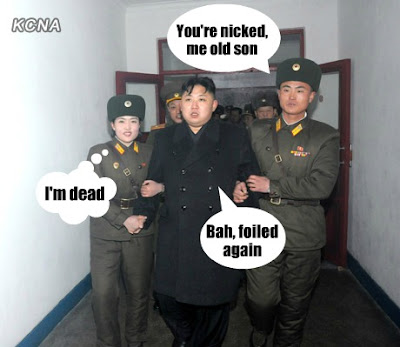 Sadly for Kim, the store detectives are on to him. It's a fair cop, guv! Better luck next time, you light-fingered cove!
Posted by Alistair Coleman at Monday, January 23, 2012