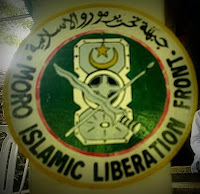 Taking a break from their usual routine of kidnappings and killing anybody who disagrees with them completely and utterly TO DEATH, this band of heavily-armed 35-45 year-old hotties who like cooking, working out, Ann Summers parties and Molotov cocktails have started an online media offensive.

According to reports - and despite the obvious difficulties in getting their organisation to rise to the top of the pile on Google in the face of determined, lightly-oiled competition - they are trying to spread their message as widely as possible using the latest web-based technologies.

And how do I know this? From the news headline:

Boy, was I ever disappointed.