In which your author doesn't die of the Man Flu, or the Actual Flu 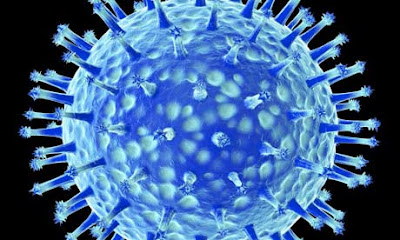 "Oh, that's unfortunate," I said as Brown Windsor soup gushed out of me, "I hope it's not the start of something".

So, two days' of lying on my back, exhausted and groaning, I thought I would be fine to go back to work on the Friday. My sick leave record is shocking, and I hate taking time off, so I went back and felt reasonably fine.

By the time I got home, I was sweating and freezing, shaking and stammering, and that was me in bed for the next 72 hours. Not just the mouldering, tiring man flu of the previous two days, but ACTUAL flu in which people thought I was going to die. Delirious, I went onto the internet and offered my CD collection to people. If you are one of these people, I can only apologise.

At one stage I had everything I owned on top of me for warmth, and I was still hot-cold-shiver-shaking and wanting it all to end. Also, we ran out of tissues and chocolate.

And then, on Tuesday night, with one apocalyptic blow of the nose (a four tissue event, you'll be disgusted to hear), it was gone. The flu had vacated my head, leaving behind a bit of a cold and a chesty cough.

I went back to work. I even sat through a meeting, at the back, taking notes.

By the time I got home, the ear infection had taken hold and I was rendered almost entirely deaf. Deaf, except for when I was eating, when I could hear every bite, crunch and slurp, which drove me up the wall.

I found that by holding my nose and popping my ears, I could give myself a little minor relief from the deafness, as the goo inside my mucus-filled head slooshed around. I also found this made the entire world spin around and I would fall over. The first time I did this was in the bathroom, and it didn't get any less funny by the tenth occasion. Delirious, I went onto the internet and offered people my DVD collection. There were no takers.

Work looms again. I expect a leg will fall off or something.*

This post was brough to you by the words "woe is me".

* It didn't. Instead, I pulled a muscle in my stomach by coughing too hard
Posted by Alistair Coleman at Monday, January 21, 2013