In which the author adds references to midget sex, Simon Bates and WD40 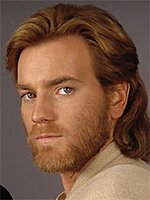 Something dreadful has happened. Mrs Duck has confessed a girlie crush on Ewan McGregor, woe cemented by a huge DVD splurge in our local MVC closing down sale.

But she is having none of this, preferring to drool over a 3-disc set of "Long Way Round", in which evil, sweary, wasted twin acts a Obi's stunt double., and you can count actual Jedi mind tricks on the fingers of one bloody stump.

It is almost too much to bear. She's insisting on an improvised light-sabre and an Alec Guinness accent at bed-times.

Good thing she doesn't know about the Kirstie Allsopp thing, then. And the Sarah Beeny thing. And the baby oil. Said too much.


In which the author adds references to midget sex, Simon Bates and WD40

Hell's teeth - Thursday already, and this site is heaving under the weight of record number of comments. It's almost as if you people really don't have anything better to do except to invent superb new ways of applying swear words onto the English language. Jolly well done!

Any road up, time for regular vote-o for tomorrow's Tale of Mirth and Woe. You may or may not be intrigued to learn that one of this week's vote-o quote-os was actually spoken to me yesterday by a real, live living person. Extra points if you can work out which one it is.

Pickle: "My answerphone message is the sound of a pig being violated by Joe Pasquale. For twelve minutes."

Party III: "We're not giving the customers enough value-added. Do you think you could show them your penis?"

Meat: "So, I waited until the bastard was out cold and pissed on his face. And that's the only good thing about being in hospital."

Gaylord: "Believe me - being the subject of a Simon Bates 'Our Tune' is nothing to be proud of. Especially when the tune is 'Crazy Horses'. I just wish he'd get over it."

Fields of Brown: "Midget sex is better, because if they under-perform you can just throw them out the window or seal them in a tin can."

Degree of difficulty: All comments should contain the word "zebra" or "turd". Or both, even. Because I say so.
Posted by Alistair Coleman at Thursday, February 23, 2006