A Song for Scary

A Song for Scary 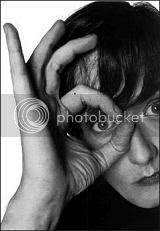 Regular reader Fatfiz asked: "What is your all-time favourite line from a song?", a question which forced me into the excellent purchase of a compilation by The Jam.

I lay awake for some time pondering this question, trying to work out quite where I'd heard a line I use in conversation daily, but such is my addled brain, I couldn't even remember what it was, let alone recall whether it was Thomas Dolby or Heaven 17. God, that makes me sound so old.

So, in a similar vein, which one song sums up your life?

Until relatively recently, identifying with the deeply unpleasant person I suspect myself to be in real life, I went for The Boo Radleys

' great undiscovered classic "Stuck on Amber" and its refrain of "And I make it hard/To get along/ To get along with me." That was, indeed, my miserablist stage.

Then, Jarvis Cocker came along and spoiled my wretched pit of despair.

On rediscovering a couple of CDs recently, I realise that my life is modelled entirely on the Pulp back catalogue

. Specifically His'n'Hers and Different Class, both stunning essays in mankiness.

And a song? Given half the chance, J. Cocker would have written a song called "Done a Poo", describing the acute social embarrassment of the turtle's head whilst standing alone in a room full of strangers. Alas, he never quite got round to it. Maybe that vital part of his brain is still there, somewhere, somewhere in a field in Hampshire.

Good God - it is manky with the dial turned up to eleven. Its got voyeurism, inappropriate nudity, forbidden desires, and of course, other peoples' wardrobes. I could cut and paste the lyrics and publish them as a Friday tale of mirth and woe and you lot would be none the wiser.

[In reality, the one song that I can really call my own is older than I am - The Beatles "In My Life" from Rubber Soul. One of the two songs I know guaranteed to move me to tears, I can easily forgive them the cheesy harpsichord solo in the middle.]

Degree of difficulty: Girls! "I Will Survive" by G. Gaynor will single you out for ridicule. Guys! "Angels" by R. Williams may end in spilled blood.
Posted by Alistair Coleman at Wednesday, June 14, 2006