Mirth and Woe: Coming to my Census

Coming to my Census 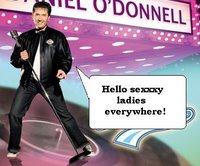 It was no good. Broke again.

I'd come through a number of problems of my own making, and the long and the short of it was I was paying more money out than was coming in. The only real course of action was to supplement my main source of income with a second job.

Now, I have standards, so hanging about the railway arches looking for business was strictly out, so I bit the bullet and did the twilight shift stacking shelves in Sainsburys over Christmas until I could happily murder the persons responsible for the in-store muzak. It came as a bit of a relief in the New Year when they didn't offer me a permanent position, so I was back to square one. I bumbled by for a few months, before answering a newspaper advert and landing myself a job on the 2001 National Census.

I was to be paid genuine taxpayers' cash money to trudge the streets of Reading delivering and collecting census forms. In fact, I got three whole streets - one extremely posh with drives a mile long; one fair-to-middling where the net curtains twitched as I approached the front door; and one dog rough, where I was lucky to escape with my life. This was where the interesting stuff happened.

When I first started working shifts, I got the notion into my head (and I cannot imagine where from) that Reading was packed to the gills with bored housewives that would lure you in and sex you to death as soon as look at you. I wandered the streets for days, and the only sweat I raised was escaping from a pack of dogs. I damned the eyes of those Fiesta letter writers, for they had clearly lied to me.

"Oooooh! Come in dear, I'm 78 and I haven't had a young man in for 27 years, not since my Alfred went, I'll just slip into something more comfortable, I really love Daniel O'Donnell you know, would you like a cup of tea, something to eat, a nice bit of cake, please stay forever please please please..."

"...I really love Daniel O'Donnell, I'll just put his new record on, do you like him, he's lovely, I could just sit and stare at his picture all day, I just wish he was here, I'm doing a cross-stitch of him, look, I've nearly finished, I've not had a young man in for 27 years, not since my Alfred went, isn't it hot in here?"

It wasn't all harlots, however.

"Fuck off or I'll kick your head in."

The last bit was spoken at a good 50 mph as I fucked off as fast as I could, a kitchen knife and several dinner plates sailing past my head. It was rather pleasing to receive a written apology from Mr Fuckoff, via the HM Court Service after that. And that was in the posh neighbourhood.

Just when I thought it was all over, there was more. My area manager came round to tell me that out of the two hundred-and-something houses on my patch, more than one hundred had yet to return their forms, and could I please go round and collect them?

"Oh yes, and what's my motivation?"

"One pound and thirteen pence per house."

"And while you're there, could you go round to these houses and get them to fill in their forms properly? They've missed out stuff."

"One pound thirteen per house?"

And so she handed me a small pile of rejected forms. In the main, people had neglected simple details, like their dates of birth, their addresses or even their names. One form caught my eye. Clearly a house full of dreadful student types, they had missed off their dates of birth - which was the reason I had to return - and had put their religion down as "Jedi". Oh funny ha ha.

"Hello. I'm from the National Census. We've noted a few problems with your form..."

"Ooooooh fuck. I told you Joel! I fucking told you not to put Jedi!"

"We'll give you any money."

"It had better be good. I'm already on a pound thirteen as it is."

And so, one last house. No form returned. These people are sent to try us.

"Ooooh! Dotty down the road said you might be coming, I'm 75 and I've still got me own teeth, I've not had a young man in since my Derek left me for that Polish sailor, it's just me and Daniel O'Donnell, I normally wear more clothes than this but you can't get a brassiere big enough in Matalans an' I heard someone might be popping by an' I've seen you walkin' up an' down the street an' I was wondering if you were goin' to call on me an' Daniel I've made a cake an everything please please please stay...."