On the Daily Mail

On the Daily Mail 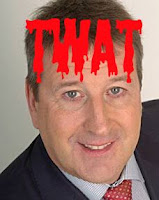 I've just broken into the offices of the Daily Mail. And aside from a caged Richard Littlejohn, I found a file marked "Future Front Pages. Warning: CANCER RISK".

I felt it was my duty, then, to kick Littlejohn right in the fuck, and to take my life in my hands and liberate the front page copy.

I've read through the lot. Nothing to worry about. Look for yourselves:

The nation has been plunged into crisis after European Union bureaucrats refused the entire United Kingdom was a fire safety certificate on the grounds that many – if not all – of its trees are made of highly inflammable wood.

Confirming the Brussels edict, UK government Head Bastard and EU apologist Lord Mandelson told a huddled mass of reporters: "One match, one carelessly discarded cigarette, one hideous accident with a B-52 bomber loaded with napalm and WOOF! the whole lot could go up.

"Citizens! Stay in your homes!" he continued, that I-could-have-you-all-killed-as-easy-as-kiss-my-hand look on his face "Keep watching officially approved state broadcasting outlets!"

After pointing out that homes are just as dangerous as the outside world, Lord Mandelson advised Britons to dig a big hole in their gardens, throw themselves in and leave their twitching bodies for the rats.

"After a brief peak of 100 per cent fatalities in 2009, our analysts predict zero accidental deaths both in the homes and in the outside world for some years to come", Mandelson said.

Secret European Union plans have been revealed that will doom each and every one of us to early DEATH through the enforced use of cancer-filled low energy lightbulbs.

Brussels Eurocrats plan to kill us all by plunging this nation into semi-darkness, whittling down numbers through a steady war of attrition via otherwise avoidable household accidents in the twilight caused by these foreign-produced pieces of shit.

If that wasn't enough, Trinity House have revealed that all UK lighthouses must now be fitted with 12W low energy bulbs as per EU regulations, with foghorns restricted to 30dB during the hours of darkness.

Recent secret trials off the coast of Sellafield led to the loss of bulk nuclear waste carrier, the Liberia-registered MV Ship-full-of-darkies-and-immigrants-who'd-crap-in-your-airing-cupboard-given-half-the-chance and its cargo of fifty thousand tins of irradiated Special Brew.

"It's rather embarrassing", said a Trinity House spokesman, "We switched on the light, fell down the stairs in the dark and by the time it had warmed up, it had completely vanished.

"We are, however, investigating reports of 50, 000 glowing corpses in Blackpool. It's a most perplexing mystery."

UK government Head Bastard and EU apologist Lord Mandelson told a huddled mass of reporters: "You're on your own, bastards. Good luck."
Posted by Alistair Coleman at Tuesday, December 29, 2009

Email ThisBlogThis!Share to TwitterShare to FacebookShare to Pinterest
Labels: Daily Mail, richard littlejohn is a cunt