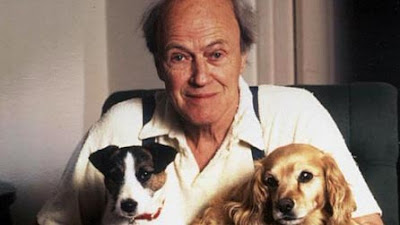 Not to mention is superb work in the field of television:

- Tales of the Unexpected Finger In Anus

And his celebrated film screenplays:

R. Dahl, everybody!
Posted by Alistair Coleman at Thursday, December 24, 2009