On round robin Christmas letters, yet again

It's that time of year again, when we turn the smug dial up to eleven and tell people we barely see from one decade to the next what we've been up to for the year with the annual, dreadful Christmas round robin letter. And what a year! 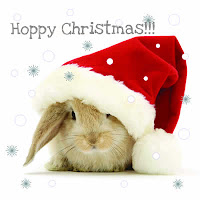 Or should I say "Malo 'e lelei" after I was elected King of Tonga this January on a unanimous vote by the islanders – aka my loyal subjects!!!

Of course, I was more than happy to take the job, for kingship is one of the "milestones" on my chosen career path, now that I have reluctantly decided three "Best Director" Oscars is more than enough! The Tongans were more than understanding when I told them that I couldn't possibly move to Tonga until John Lewis opened a branch there, but work is proceeding quickly following my decree that there should be more boutique shops and charming little trattorias and tapas bars.

Sadly, I am considering abdication already after the untimely death of dear, dear Michael Jackson in June. As I wept in front of GMTV on that sad morning, the private line rang, and Simon Cowell quite literally begged me to be the new King of Pop. Naturally I agreed, if only for the fact that I can now afford to have someone write my "Hello!" column for me, but feel that I cannot be two kings at once, so it's (reluctantly!) good-bye Tonga!!!

Then in November we won another £45 million on the Lottery to go with last year's bumper £27 million jackpot – using exactly the same numbers!!! What are we going to do with all that money?!

All that cash is burning a hole in our pockets, but after that fiasco with the Somali orphans (not one of the urchins bothered learning enough English to wish us a word of thanks), we've decided to give charity a wide berth. My lovely wife Vanessa – taking time out from her job as Max Clifford's PR advisor - went out and bought an entire set of Crown Jewels, but took them back to Elizabeth Duke at Argos under the 16-day no-quibble guarantee, finding them tacky to the extreme.

My young lad Adam changed school this year – to become Lucasian Professor of Mathematics at Cambridge!!! He's taken over Stephen Hawking's old job, and has already sent out a number of corrections to his shoddy "Brief History of Time" and exchanged the electric wheelchair for a rather more modern and sleek Bugatti Veyron!!! Luckily, after becoming the fastest speeding offender ever, the judge was so impressed he let him off!!! Which was nice.

Our daughter Hazel has also had her fair share of success – she's became a dotcom billionaire with her new insurance comparison website comparison website. You might have seen the popular TV adverts for comparethecomparethemeerkat.com in which a friendly talking meerkat is dragged out and shot by Churchill the Dog on the town hall steps, while my newly-created John and Edward clones sing Gina G's "Ooh Aah! Just a Little Bit" in the background. A real viral hit!!!

That's all from us for another breathless, fun-packed year. We do hope you have a happy and prosperous Christmas (though not as prosperous as we are – LOL!!!). Just don't bother writing back – we've moved and we decided not to tell the poor, tedious people where we are.

Email ThisBlogThis!Share to TwitterShare to FacebookShare to Pinterest
Labels: christmas round robin